Canine Kings of the Castle! 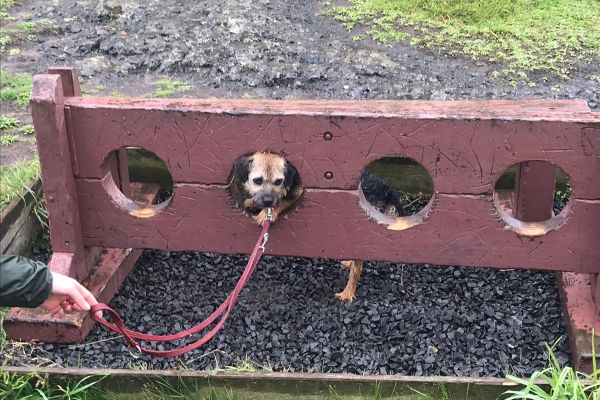 Terriers on Tour are becoming famous! We are now getting personal invites (via phone calls to the humans) to visit all the best dog friendly places in Northumberland. This is the pawfect job which we are of course extremely well qualified for.

Our latest adventure took us to the home of the Kings of ancient Northumbria, Bamburgh Castle. From the 1st April 2019 dogs have been welcomed into the castle’s grounds. 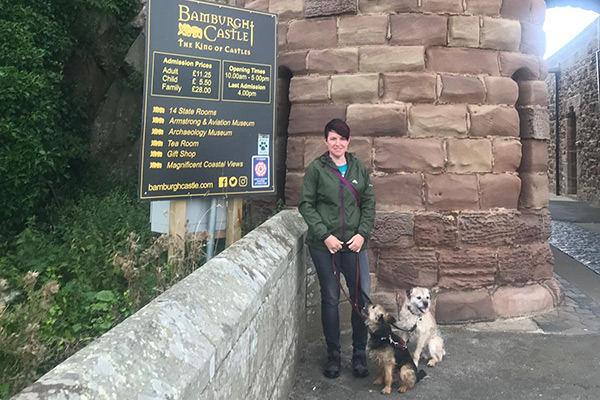 It was a wet summer morning, but that wasn’t going to dampen our spirits. The humans came prepared with rain coats but we don’t need them as we have our own built in water repellent fur coats. On arrival we were each given a biscuit from the lovely lady on the gate; a great start to the day.

We thought that the weather might have scared other four legged friends and their humans away but we’d only been there ten minutes and we’d seen another border terrier (Not surprising as our breed originated from Northumberland), a lovely Labrador, a Springer Spaniel and a Pug. 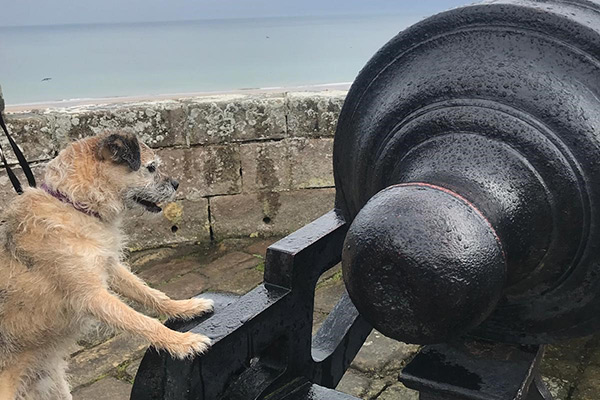 When we are out and about we always love a bit of dog parkour and we squeezed a little bit in at Bamburgh Castle – sitting proudly on one of the castle walls I really felt like the King of the Castle and of course we had to have a go at firing the canon, well we put our feet up on it and imagined that’s what we were doing! We even had a go in the stocks, although Phin seemed to think they were a mini agility tunnel and went right the way through the hole. I dutifully posed for a photograph which they titled ‘Rascal Rab, the biscuit thief’. I heard them talking what stocks were used for, the cheek of it encouraging me to go in there, I’m a well behaved dog and have no need to be in stocks.

Dogs are allowed in The Armstrong & Aviation Museum so we had a wander round learning about the fascinating achievements of Lord Armstrong who was known as the ‘Magician of the North’ in light of his pioneering innovations in engineering and scientific discoveries. It was of course also an opportunity for more photographs, sometimes I really think we should charge the humans in dog biscuits for all this posing for photos.

Understandably we weren’t allowed in the castle itself – wagging tails and priceless artefacts just don’t mix, so the humans took it in turn to explore the state rooms whilst we sat in the Tack Room Café waiting for cheese scone crumbs (Sometimes these humans are really messy, but we like that!).

Exploring the castle grounds we could smell the fresh sea air and through the arrow slits we could see the vast expanse of Bamburgh beach, our favourite beach in Northumberland as you can run and run for what seems like miles. Don’t worry, we got to go for a run on the beach later on in the day to burn off some calories before lunch. After a run on the beach, I love the feeling of sand between my paws, we headed to The Bamburgh Castle Inn in Seahouses for some lunch and to escape the rain. We found a great spot in the corner, of the dog friendly area, so we could watch the world go by whilst the humans had lunch. The humans ordered a burger and chips each and we waited in anticipation for what they ordered for us. When the food arrived it was just their burger and chips and nothing for us – how rude of them! It seems that settling quietly at their feet meant they forgot about us. Luckily the meals at Bamburgh Castle Inn are very hearty so they kept passing us little bits of very tasty burger and chips, so they were forgiven.

This was the end of another great day in Northumberland and we slept well on the journey home dreaming of being Kings of the Castle. 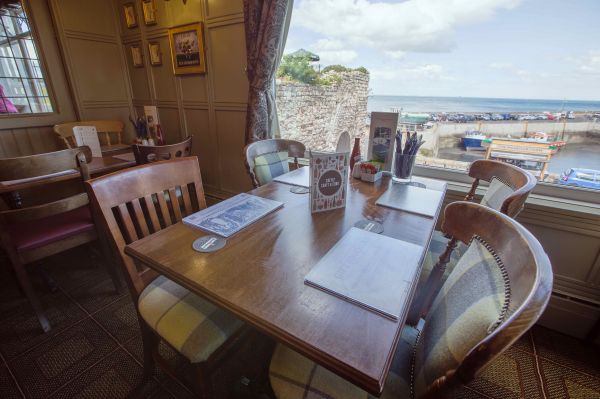 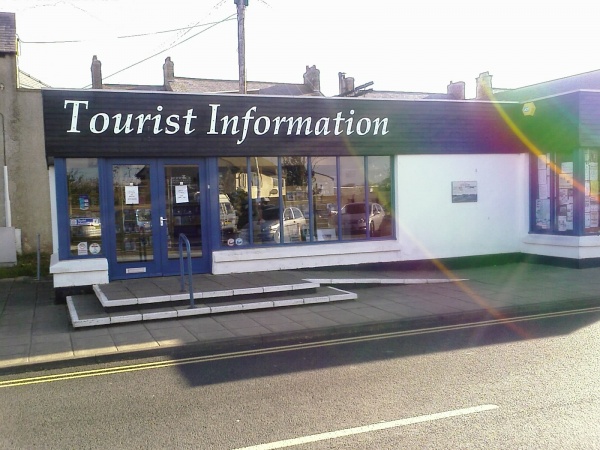 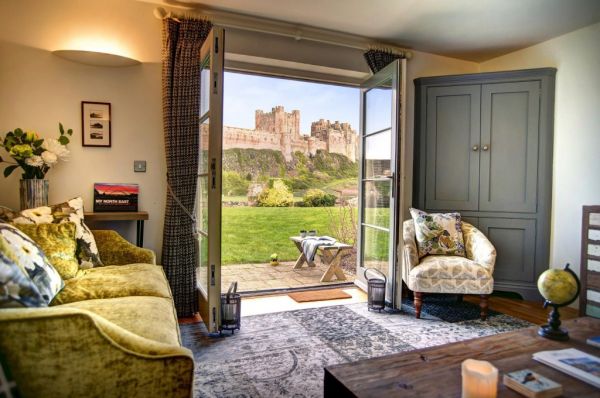 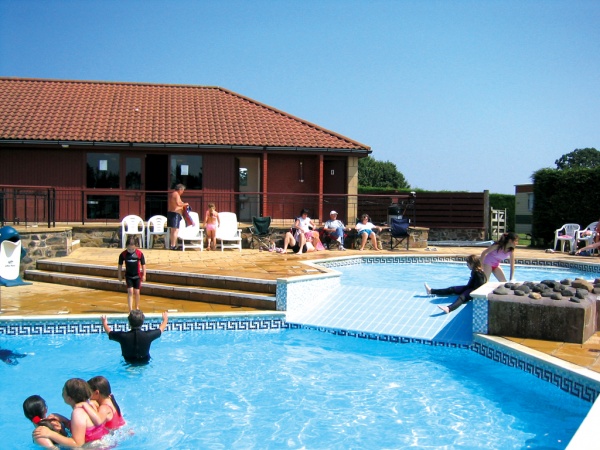 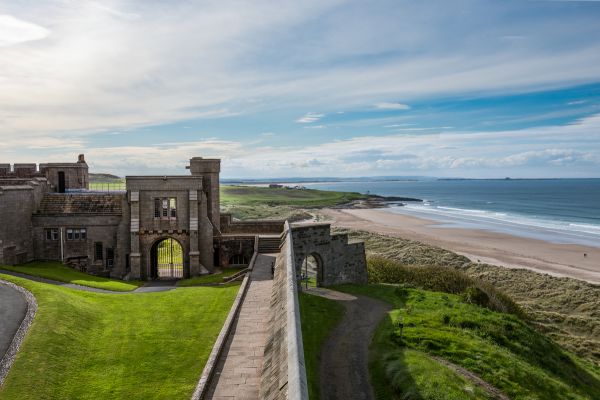 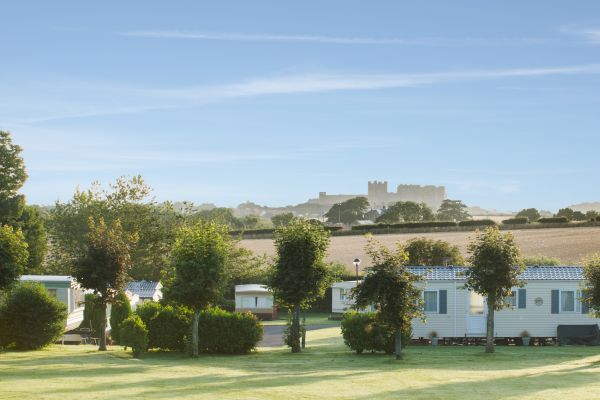 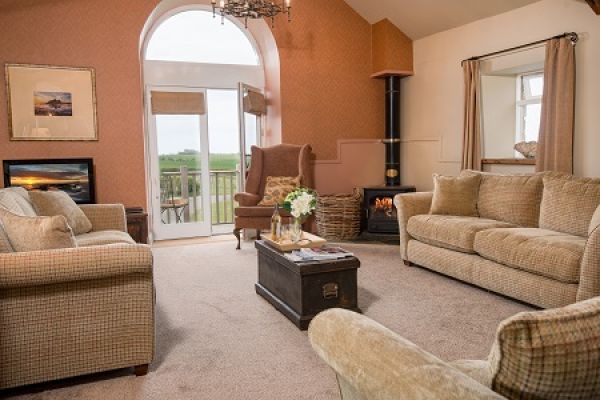 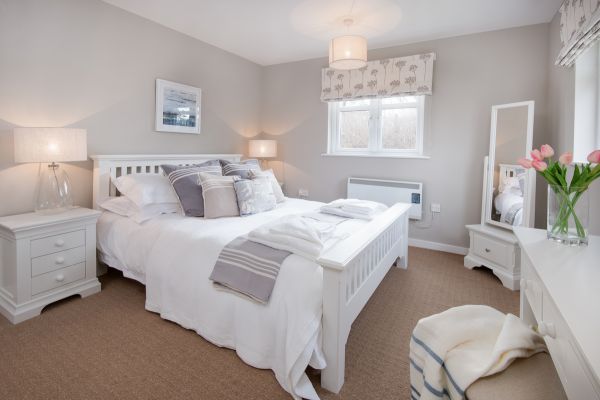