Lindisfarne Festival announces The Levellers as first headline act for 2018 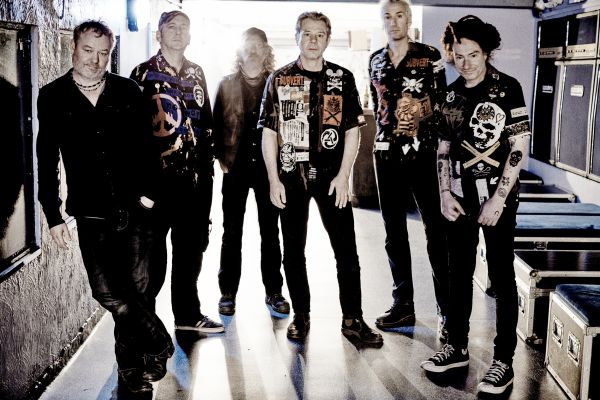 Following a successful crowdfunding campaign, which raised £75k in 6 weeks, organisers of Lindisfarne Festival have announced The Levellers as the first confirmed headliner for the 3 day summer music festival in 2018.

The Brighton folk-punk band, who are celebrating their 30th anniversary this year will be headlining the mainstage on Saturday at the North East festival, which will take place once again on Beal Farm, Northumberland overlooking Holy Island from 30thAugust – 2nd September 2018.

A regularly shortlisted finalist at the UK Festival Awards, Lindisfarne Festival saw a 38% increase in attendees at the 2017 event, highlighting a 95% growth in audience numbers since the inaugural event in September 2015.

The Levellers, who sold more platinum, gold and silver albums in the 1990s than any other act, will be one of 120+ acts taking to the 8 festival stages from the Thursday evening to the early hours of Sunday.

“We are absolutely thrilled to have landed The Levellers for this year’s festival. They have long been (and still are!) one of the best live bands around and they fit the vibe of the event perfectly. Following the success of our recent crowdfunding campaign, we decided that we would crowdsource a good percentage of our 2018 line up from audience recommendations and The Levellers proved to be an extremely popular choice.

They’ve had 7 Top 40 albums, including the number 1 album Zeitgeist and a platinum-selling album in 1991 called Levelling the Land. With their big anniversary taking place this year, we know everyone is going to be in for a phenomenal show.”

Other acts confirmed for the over 18’s festival include The Showhawk Duo, Hip Hop Hooray and Colonel Mustard & the Dijon 5, who will all be returning to the festival following standout performances at the 2017 event.

This year, the 4000 capacity camping festival promises an even more impressive showcase of music, comedy, creative arts and culture; with plans for the addition of a dedicated blues tent, an ecstatic dance extravaganza, a reggae and dub shack, plus lots of other new and improved features yet to be revealed. There’ll also be an extensive range of luxury glamping options available for those not so keen on camping.

“With 3 great festivals now under our belt, we’ve got a solid foundation in place to build and improve on each year. Many people commented that 2017 would be difficult for us to top, but with our dedicated volunteers and partners working hard to make each area of the festival even more unique and special, festivalgoers are in for a real treat this summer!

As always, we are programming a strong and diverse lineup of entertainment, featuring lots of local and emerging artists alongside many well-known acts. But in addition to all the much-loved features, like the Punch Drunk Comedy takeover and the BBC Introducing stage, we’ve also got some other very exciting things going on that will raise the bar and take things up yet another level this year! All will be revealed in time but we urge people to secure tickets soon to take advantage of the currently discounted prices, that won’t be around for long.”

Independent, affordable and unpretentious, Lindisfarne Festival has become revered for being the perfect value for money party festival – offering a boutique festival experience without the expensive festival price-tag.