A taste of food in Northumberland

A taste of food in Northumberland 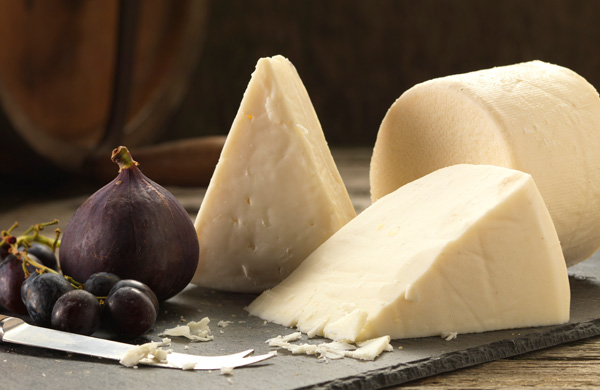 Northumberland’s varied landscape lends itself to produce some of the finest local food in the country. Here we take you through some of the best places to stop and sample some of these amazing tastes.

Here’s why: Corbridge is renowned for its Roman heritage plus local food in village shops and cafes.
Two miles east of Corbridge, on the junction of the A69/A68, Brockbushes Farm offers opportunities to “pick your own” fruit (seasonal) whilst the farm shop is just the place to buy picnic ingredients.

Here’s why: You know you are on to a good thing when your holiday food and drink can be seen growing in the fields you pass by. Almost half of the barley used by High House Farm Brewery is grown at the farm. Even the farm animals have given their name to tasty brews such as “Matfen Magic” or “Nel’s Best”. Explore the world of brewing in the brewery malt loft exhibition or browse the Brewery Shop for (alcoholic and non-alcoholic) souvenirs.

Here’s why: Ovingham churchyard is where the 18th century “Father of English Wood engraving”, Thomas Bewick (1753-1828), lies at rest. Wylam village was the birthplace of railway engineers Timothy Hackworth (b1786) and George Stephenson (b1781) and the locally based Wylam Brewery makes “Wylam Rocket” and “Locomotion No.1” brews.

Arrive: Heddon on the Wall
Here’s why: An opportunity to see Hadrian’s Wall.The Romans had great engineering skills, but less well known is that they also influenced our food heritage by introducing the domesticated leek which grew well in local soil and climate. Leeks were also believed to improve the voice for singing and Emperor Nero ate dishes of leeks to improve his voice.

Here’s why: Nibble your way through Northumberland’s landscape via “Coquetdale”, “Elsdon” or “Kielder” cheese. And watch the cheese-making process.

Here’s why:
Morpeth’s Farmer’s Market is held on the first Saturday in the month, all year round and is well worth visiting to meet and speak with local suppliers. Amble earned its accolade of “friendliest port” when it bade a fond farewell to the famous liner RMS Mauretania as she sailed on her final sea voyage in the 1930s. And Warkworth Castle is one of the best ruined castles in Northumberland. Alnmouth’s role as a grain port in the 18th century gave rise to a new Turnpike Road which became known as the Corn Road.

Arrive: Howick Hall Gardens, near Craster
Here’s why: What could be nicer than a cup of tea taken in an English country garden? Especially if that cup of tea is enjoyed in the elegant surroundings of the Earl Grey Tearooms at Howick Hall Gardens. In the 19th century Charles, 2nd Earl Grey was Prime Minister of Great Britain and steered the Great Reform Bill through Parliament. He lived at Howick Hall and whilst the Hall is closed to the public today, the gardens are simply delightful. And so is Earl Grey’s Tea.

Alternative: Drive to Craster village for bracing sea air and superb coastal views and the famous Craster Kippers and other wonderful fresh fish.

Brocksbushes is a one stop Farm Shop, Tea Room, Pick Your Own Fruit & Pumpkins, and Gardening/Gift Centre situated on the A69 at Corbridge.

National and International award winning farmshop. The largest range of Northumbrian & local produce in the region, complimented with the finest foods from Britain and further afield.

Beautiful gardens, woodland walks, sensory garden, a Prime Minister and a famous cup of tea - Earl Grey of course since Howick was his home!  Enjoy Snowdrops, Daffodils, and Rhododendrons in spring; Tulips in the Wildflower Meadows, and later the Bog Garden, Borders and Terraces in summer; and brilliant autumn colour in the woodland walks.

A taste of Northumberland

A unique collection of gardens in Northumberland

Step into the limelight

Christmas with a Difference

King of the Castles

More castles than any other English county

A green and pleasant land