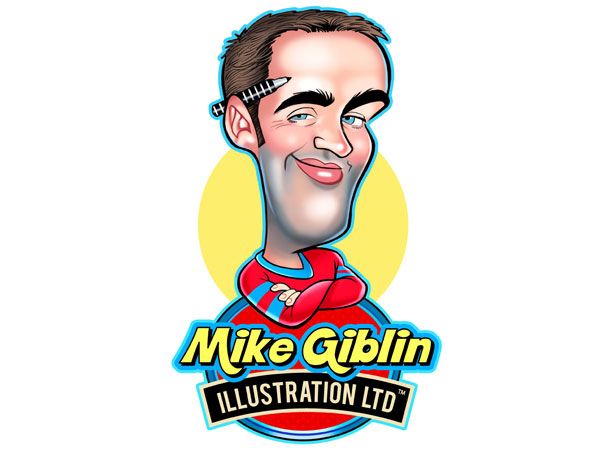 New events with family appeal have been added to the Wall Face programme for half term.

Together with the exhibition 'Wall Face: Portraits of people who revealed Hadrian's Wall', the events celebrate the pioneering archaeologists and antiquarians who recorded, protected and revealed the stories of the Hadrian's Wall frontier.

During half term week caricaturist Mike Giblin will be at Vindolanda (Saturday 25, Sunday 26 and Monday 27 October 11am to 3pm) and Senhouse Roman Museum in Maryport (Tuesday 28 and Thursday 30 October, 12noon to 4pm) making lightning portraits of visitors so they can take away their own ‘Wall Faces’.

At the Roman Army Museum at Greenhead there will be a children’s self portrait drawing competition to win a set of Roman goodies including a sword, shield and helmet.

And at Segedunum Roman Fort in Wallsend (Monday 27 October, 11am to 3pm)visitors can create their own self portrait collage, handle and learn more about objects which have been extracted from recent archaeological digs, and try on a Victorian explorer costume to show off their chosen finds and have their portrait taken in the ‘Great Explorer’ photo booth.

The Wall Face exhibition features 11 prints and photographs from the National Portrait Gallery Collection, each alongside the life story and achievements of the individual at sites associated with their important work across Hadrian’s Wall Country.

It is the first time that all 11 Roman sites and museums across the 150 mile Roman frontier zone have joined together to put on a single Wall-wide exhibition.

Nigel Mills, programme manager for the Wall Face project said: “There are special half term activities at all the 11 main sites across Hadrian’s Wall for all ages to enjoy. Follow in the footsteps of the antiquarians who first revealed Hadrian’s Wall and create your own portrait for posterity!

“There is also a continuing series of Wall Face talks by some of today’s ‘Wall Faces’ – archaeologists and conservation experts who have worked across the Hadrian’s Wall frontier – over the next few weeks.”

Two of the speakers – David Breeze and Lindsay Allason-Jones - also feature in the Wall Face trail on the free Hadrian’s Wall Country Trails app, talking about the Wall Face characters and conservation over the years.

“If you can it is well worth visiting more than one site to gain more understanding of this magnificent monument, and to see more of the Wall Face portraits,” Nigel continued.

“At each site visitors can collect stickers to add to the Wall Face leaflet to enter a prize draw too. Prizes include annual family entry passes to sites and B&B stays generously donated by the Wall Face organisations and tourism businesses in Hadrian’s Wall Country.”

Wall Face is funded by Arts Council England through its Renaissance strategic support programme and supported by the National Portrait Gallery and by partners from across Hadrian’s Wall, part of the international Frontiers of the Roman Empire World Heritage Site.

For more details on the exhibition, events, talks and the Hadrian’s Wall Country trails app visit www.visithadrianswall.co.uk/wall-face. The exhibition closes on 9 November.

The Hadrian’s Wall Country Trails app is free to download from iTunes and Google Play Store.  As well as Wall Face the app enables visitors to explore the work of modern conservation specialists in looking after Hadrian’s Wall through the eyes of storytellers including Victorian landowner John Clayton.

Saturday 25 October to Friday 31 October, 10am to 5pm. Saturday 1 November and Sunday 2 November, 10am to 4pm – ROMAN ARMY MUSEUM, GREENHEAD

Children’s self portrait drawing competition throughout half term week. Complete your work of art at the museum or send your entry in after your visit.  You will be given a special #WallFace card for your portrait.  The prize for the best portrait is a children’s set of Roman goodies which includes a sword, shield and helmet. For directions, opening times and entry charges see http://www.vindolanda.com/roman-army-museum

Raiders of the Lost Wall

Ever fancied yourself as the next Indiana Jones? With archaeological digs at the eastern end of Hadrian’s Wall close to Segedunum, secrets are still being unearthed as part of the Wallquest project. This year the project has located the original foundations of a Roman bath house. Take inspiration from the Wall Face portrait to create your own self portrait collage, or don a Victorian explorer costume to show off some artefacts and finds and have your portrait taken in the ‘Great Explorer’ photo booth.

Talk - Antiquarian Approaches to the Roman Wall with Richard Hingley.

This talk will explore the activities of a number of antiquaries on the Wall from the late 16th to the late 19th centuries. In particular, it will address the values that these people attributed to the Roman monument. Relevant topics include the relationship of the Wall to ideas of English nationhood and imperial messages drawn from the monument. The legacy of these works today will also be considered. Richard Hingley is Professor of Roman Archaeology at Durham University.

Antiquarian John Collingwood Bruce (1805–1892) was born in Newcastle. He led the first archaeological tour of Hadrian’s Wall in 1849, which is the oldest known archaeological tour in Britain. He is best known for his Handbook to the Roman Wall published in 1851. The 14th edition of the Handbook, edited by David Breeze, was published in 2006. David is an archaeologist, teacher and scholar of Hadrian's Wall, the Antonine Wall and the Roman Army. He is chairman of the International Congress of Roman Frontier Studies.

Talk - The Antiquarian and Archaeologist ‘Characters’ of Hadrian’s Wall with Lindsay Allason-Jones.

The exhibition Wall Face displays portraits of some of the people who, over the centuries, have contributed to our current understanding of Hadrian's Wall. This talk looks at the work of these archaeologists and antiquarians and assesses how they became involved in Wall studies, what they discovered and how much they deserve to be in the Archaeological Hall of Fame. Lindsay Allason-Jones is an archaeologist and museum professional with a particular interest in the Roman Empire and the archaeology of the North of England on which she has published widely.

See a different ‘Wall Face’ at each of these sites: