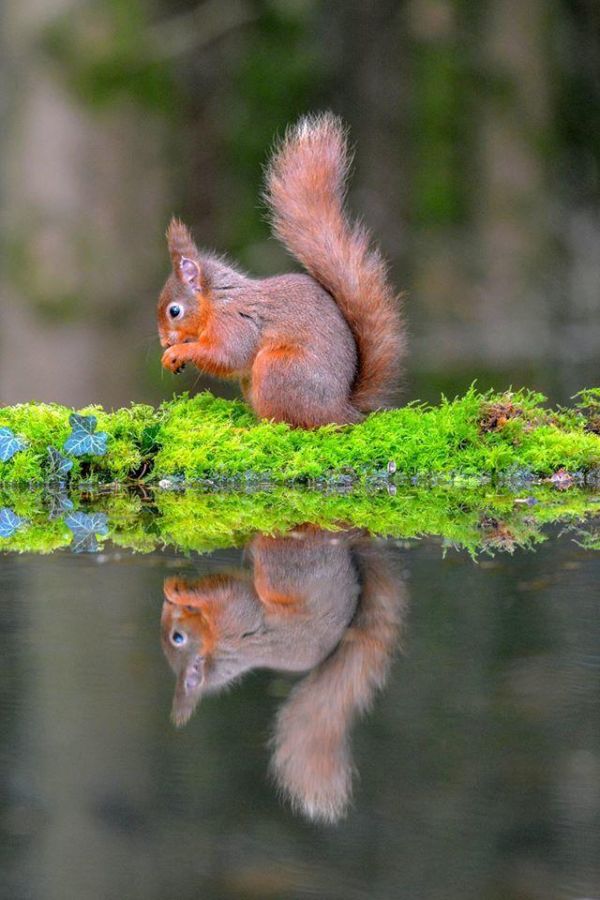 Red squirrels are ‘holding on’ in the county according to a conservationist, despite new research warning that the British icon is an endangered species across the country.

This comes after the Mammal Society released its pioneering Red List, which has identified that 11 of 47 native mammal species are classified as being at imminent risk of extinction.

“This is no surprise, given the distribution change of red squirrels across the country over the last century,” said Heinz Traut, project manager of Red Squirrels Northern England (RSNE) when speaking to Sean McMenemy at Ark Wildlife.

“However, the reduction in range has been halted in Northern England.”

The project, as well as collaborating with numerous local-led volunteer red squirrel groups, has two full time red squirrel rangers in the Lake District, centred around Bassenthwaite, Coniston and Windermere.

Thanks to the project’s hard work and monitoring programme, which relies on an army of volunteers, red squirrels have kept their footing in the county.

However there is still a lot of work to do.

“Here reds have held on thanks to the tremendous effort in stemming the tide of grey squirrels,” said Mr Traut.

"Yet the battle is ongoing!"

Grey squirrels have posed a huge threat to red squirrels since they were first introduced to England in the 1870s from America.

Fighting over territory as well as passing on the lethal squirrel pox virus has massively dented the native breed’s numbers,with England’s population thought to be as low as 15,000.

“There is much being done by various groups to safeguard the future of red squirrels in Cumbria,” said Mr Traut.

“Although the picture looks ‘rosy’ there still remains a constant threat of the invasive non-native grey squirrel.

“If reds were to become extinct it would be a sore loss to our natural heritage.”

Westmorland Red Squirrels, which works with RSNE, has welcomed the research.

"We welcome the Mammal Society’s research, but once again, it demonstrates the fragility of the red squirrel population in Britain, particularly England, and the threats they face," said Deputy Chair Bob Cartwright.

"We look to the Government to use the forthcoming Environment Bill to add further protection to the species and encourage measures that ensure their survival.

"Landowners need greater incentives to collaborate in controlling greys and to work with organisations like Westmorland Red Squirrels to adopt a landscape scale approach. Government and its partners in the UK Squirrel Accord also need to accelerate research into non-lethal means of controlling grey squirrels such as immune-contraception.

"It is an iconic British mammal and synonymous with the Lake District, one of its last refuges in England. Visitors and local people love to see them so their loss would be profound."

Mr Cartwright advised that if the public wished to help red squirrels they could make their views know to the Government, as well as landowners and conservation organisations.

"They can also join or donate to Westmorland Red Squirrels by going to www.westmorlandredsquirrels.org.uk. As a local charity dedicated to red squirrels, all of our funds go directly to practical conservation work and public awareness raising," he added.