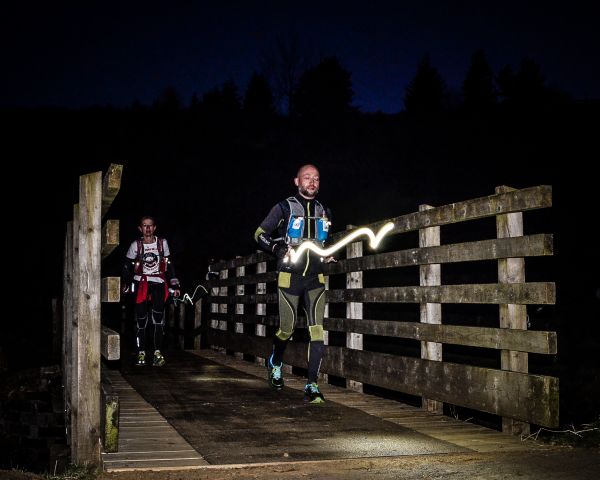 The race, which started during the daylight, saw entrants running through the sunset and cross the finish line under the stars of the darkest night skies in England.

Race Director, Phill Turton said: “All our entrants had been speculating for weeks on social media as to what the weather would be like but the weather Gods were definitely smiling on us!

“While the temperatures plummeted to nearly zero degrees late on, there was virtually no cloud and the night sky was simply stunning.”

One of the largest Dark Sky Parks in the world, Kielder was awarded gold tier Dark Sky Park status by the International Dark Skies association in December 2013, making it the perfect venue for the ultimate starlit running challenge.

Runner David Toth, who took part in the 26.5 mile challenge, said: “Seeing the day turning to twilight and the subsequent sunset over the water was stunning and then running the last few miles under millions of stars was absolutely breathtaking.”

For one racer, the Dark Skies Run was the finish of an incredible day that had started at midnight on Friday April 17.

Not only did Malcolm finish his second long-distance run of the day, he won the Men’s over 50s category with a race time of 4 hours and 20 minutes.

The overall winner of the Dark Skies Run and first in the Men’s over 40 category was Philip Hewitt who completed the race in 3 hours 50 minutes and 35 seconds.

Claire Baharie, also a member of Sunderland Strollers, was the first female to cross the finishing line in 4 hours 12 minutes and 10 seconds.