When the Daily Telegraph described Northumberland as "a birder's paradise", they weren't exaggerating. The sheer diversity of the Northumberland landscape makes for some of the best birdwatching in the country. From mountainous moorland and heather-clad hills, to ancient woodland, rocky cliffs, sweeping sands and expansive mudflats, Northumberland is a county of diverse habitats, rare species and breeding colonies of international significance.

Dramatic views, sandy beaches and iconic castles - this is the essence of Northumberland's coast.

But our coast is not just a place to stretch your legs and forget about the cares of life amongst some of England's most stunning scenery.

The Northumberland Coast Area of Outstanding Natural Beauty is home to thousands of waders, geese and ducks who enjoy rich feeding available on mud flats.

If you need to get away from it all, come to Northumberland's countryside.

Northumberland was recently named by the Campaign for Rural England as the country's most tranquil spot and if you spend any time here you'll begin to realise why.

We have a network of isolated villages and towns, connected by winding B-roads that cross some stunning countryside.

Northumberland is England's big sky county - a place where you can walk for miles and not see another soul.

We've got not one but two Areas of Outstanding Natural Beauty and our own national park which offers some fantastic examples of rare and endangered species.

Everyone from the serious horticulturalist to curious teenagers will find something in The Alnwick Garden. There's a poison garden full of dangerous plants and one of the largest treehouses in Europe.

If you want to pay tribute to a father of innovation, visit Cragside House, Gardens and Estate, near Rothbury. This was the home of Lord Armstrong and was the first house in the world to be lit by hydro electric power. Armstrong transformed Cragside's landscape into a rocky wonderland interspersed by trees through which run miles of footpaths and cycleways.

And there's also Howick Gardens & Arboretum - recently recognised by the BBC Gardener's World Magazine as one of the top five coastal gardens in the country and once home to Lord Earl Grey, the great British Prime Minister who gave his name to the famous blend of Earl Grey Tea.

Visit Wallington House, garden and estate, near Cambo, and experience rolling parkland, a wooded dene, an ornamental lake and inside a large collection of dolls houses and classical paintings. There's also a new exhibition space that will showcase some of Wallington's reserve collections.

There is also the fantastic Belsay Hall, Castle and Gardens, a true original with a rock garden inspired by the quarry gardens of Sicily, whilst fans of the most famous of British landscape gardeners, 'Capability' Brown can enjoy the lake inspired by his original plan at his birthplace - Kirkharle.

Our county is packed with stunning wildlife, rich in diversity and well worth seeing.

For example, our heather moorlands are home to the Mountain Bumblebee and Heather Moth and you'll find our badgers and red squirrels in woodlands like Kielder Water & Forest Park.

Take a boat trip from Seahouses to the Farne Islands and you'll see hundreds of grey seals basking on the rocks. You could also take a trip around Coquet Island from Amble and spot the rare roseate tern.

There is so much to see and do in Northumberland, you’ll find it tricky to cram everything in if you’re only visiting us for a week. With the rolling hills of the countryside, and the crashing waves along our beautiful coast it can be tricky sometimes to work out where to go next to truly take in the top spots of Northumberland.

Bring your camera and walking boots and take in some of the best scenic viewpoints Northumberland has to offer. Many of these locations have been used in blockbuster films and television shows and documentaries. See if you can work out which ones! 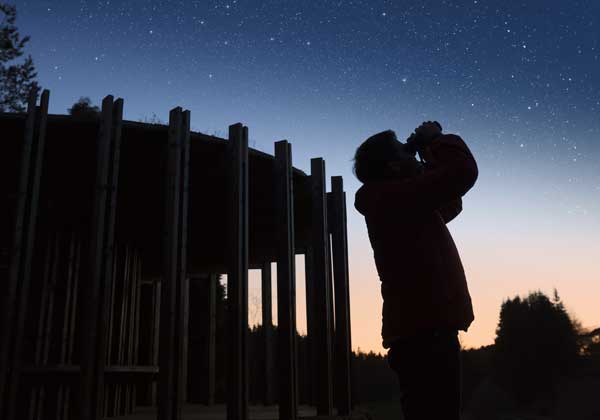