Emerging from winter with a trip on Hadrian's Wall. 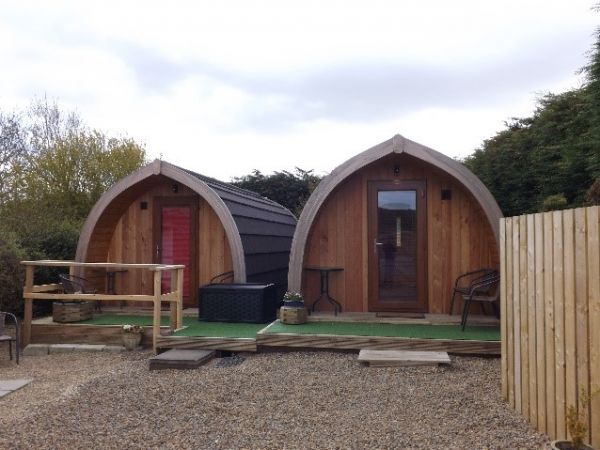 Our winter hibernation was prolonged courtesy of the Beast from the East, although we have to confess to abandoning Northumberland, (shame, shame, disgusting), for two weeks in warmer climes during the blast from Siberia. The fact that we managed this trip at all was due to the sterling efforts by the staff at Newcastle Airport who kept the runways clear and planes flying when other airports didn’t. Well done and many thanks.
Now we have to confess that although we both enjoy driving, we’re not ones to ‘go for a drive’, there has to be a destination or purpose. However, at this time of year when the roadside daffodils are out, any drive around Northumberland is a treat, so we were raring to go exploring.

We remember reading that Northumberland is the County of Castles and judging from the number of castles on our ‘must visit’ list, this title is well deserved. But which castle to visit first?

The decision was made when we visited Nigel and Catherine Jarvis to stay at Hadrian’s Holiday Lodges and have a guided tour of Vindolanda Fort, although a fort not a castle this seemed a great place to start.
Hadrian’s Lodges is situated in Longbyre, a small hamlet by the B6318, between Greenhead and Gilsland and is ideally situated for many activities, not least of which is visiting Vindolanda Fort and the Roman Army Museum.

We left Newcastle on the A69 and without consciously doing so, ended up in the car park at Brockbushes Garden Centre and Café. Obviously, we had to have coffee before proceeding, well it would have been rude not to wouldn’t it?

We’d decided that we’d visit the Roman Army museum today so that our old minds could absorb all the Roman information better, spread over two days. This was a good decision as the museum with its exhibits gives a good insight into Roman Army Life. There is a 20-minute, 3D film which is not only informative but very entertaining, as are the other exhibits, also we watched a virtual Roman school teacher conducting a lesson and realised that we couldn’t remember anything from 3 years of Latin lessons at school.

Hadrian’s Lodges is about a mile from the Roman Army Museum, so we were soon being welcomed by Catherine with coffee and cake. We cannot speak too highly of the 2 lodges which are lovely and fully equipped with underfloor heating, ensuite (with superb shower), TV, microwave, fridge, toaster, kettle, etc.
In appearance they are a cross between a Bow Top Caravan, a Shepherds Hut and an upside-down boat, but unlike those they are luxuriously appointed.

A 25-minute stroll along National Cycle Route 72 took us to Greenhead for our evening meal and such is the attention that Nigel takes with his guests that he offered to drive us there and pick us up afterwards. Now that’s what we call service, as was the superb bespoke cooked breakfast which Nigel made for us the following morning. This was made from specialist local ingredients and included Roman Marmalade and the best muesli we have ever had. This set us up magnificently for our tour of Vindolanda Fort guided by Catherine.

Having checked the Lodges’ website before our visit we were a little intimidated by Catherine’s qualifications. Not only can she conduct tours in French, Spanish and Italian, but also in English, (fortunately for us), and being a qualified guide, she is extremely knowledgeable on all things Roman. However, our fears were ill-founded as she suited the tour to our needs and existing level of knowledge.

Vindolanda is a large site with an abundance of evidence of what it must have looked like in its prime. There is also a museum with a newly opened extension but we decided to leave that for another day so as to better appreciate Vindolanda itself. Walking around the site with Catherine pointing out the various buildings and giving us lots of information that we would not have received had she not been there, made the visit much more valuable than if we’d been on our own. When she was showing us the bath house, she delved into her back pack and produced the Roman equivalent of soap in the form of a metal body scraper, and Roman toilet paper, (a piece of sponge on a stick). Now that’s something you wouldn’t discover without a guide and if you can arrange a guided tour we heartily recommend it.

Thanks to Nigel and Catherine we had a very interesting, informative and enjoyable two days and we will revisit before long to see the things we didn’t see this time and also see again the things we did see. We may also try to learn some Latin but are not making any promises or holding out too much hope, as 13% was the best exam result we obtained over 3 years of study, (or clearly lack of study).