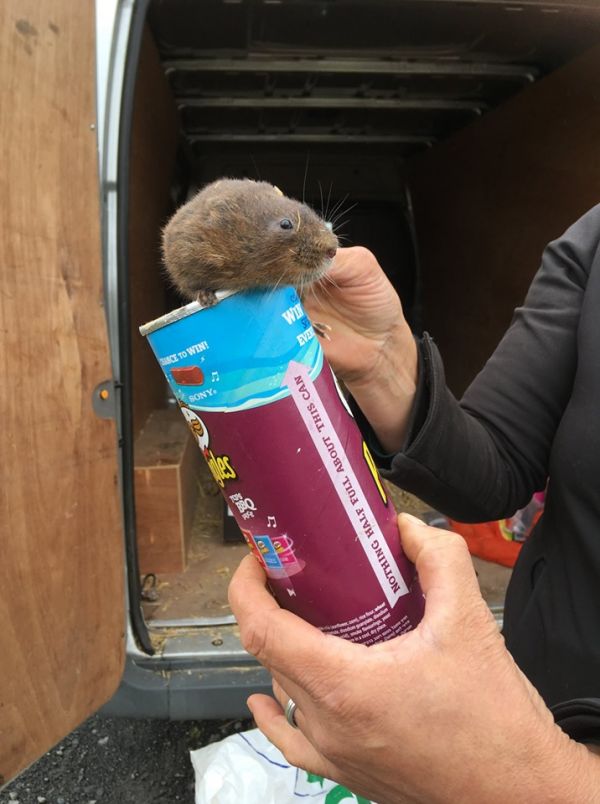 This week, despite the rainy weather, a further 284 water voles have been released into streams flowing into the east end of Kielder Reservoir, by the ‘Restoring Ratty’ water vole reintroduction project.

This sixth release of water voles brings the total number released to 1489 since June 2017. The released voles have been bred in captivity from individuals captured in the Pennines and North Yorkshire and over the border in Scotland.

The project is committed to the reintroduction of water voles to the Kielder Water and Forest Park area of Northumberland and has all been made possible by National Lottery players through a grant of £421,000 from The National Heritage Lottery Fund (HLF).

All signs indicate that water voles released in 2017 and 2018 are thriving well. The voles will have bred and moved away from release sites to find new territories as well as meeting with voles from other release sites. They have spread and formed populations several kilometres away and individual voles have been spotted at the Kielder campsite at the end of the Ratty Trail and below Kielder Castle. There have also been signs of water vole activity below the Ratty’ s Retreat hide on the Forest Drive in Kielder and in the ponds within Bakethin Nature reserve.

Looking to the future, the Restoring Ratty project team will carry on monitoring the spread of voles using field surveys, which will allow project officers and staff to plan their final release in June 2020.

The team is looking to increase awareness of mink and water voles with landowners down the North Tyne Valley to allow its members to gain a better idea of mink locations in the wider area and to ensure the threat to water voles from mink is minimal.

Graham Holyoak, Restoring Ratty Project Officer said: “Over the past couple of years we have learnt so much about water voles from the past five releases.

“The Restoring Ratty project is a wonderful project to be involved with and it would not have been possible without support from National Lottery players. We all sincerely hope the voles will continue breeding well and spread throughout Kielder Water & Forest Park and eventually down the North Tyne Valley.”