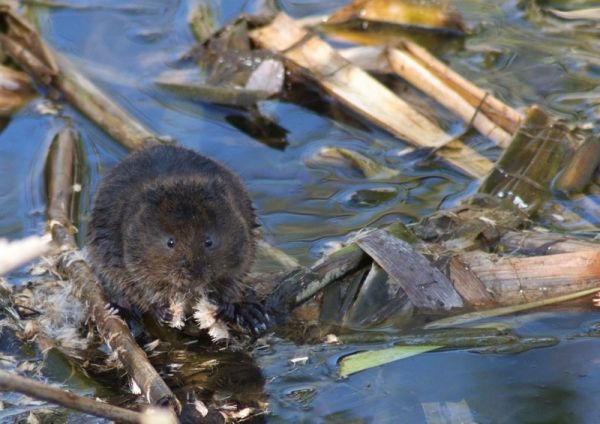 The ‘Restoring Ratty’ Kielder water vole reintroduction project has released a four-minute film to celebrate the first year of its Schools Partnership Project.

Produced by local filmmaker Alan Fentiman, the film has one major difference - it was filmed and edited entirely by children, aged between 9 and 10 years of age.

The film charts the capture of water voles on the North Yorkshire Moors by 20 pupils from Terrington Hall School in York and their transfer to the Derek Gow Consultancy in Devon for captive breeding, filmed by 20 pupils from St David’s School in Devon.

To complete the trio, last summer, 20 very lucky pupils from Bellingham Middle School were the envy of their classmates when they were invited to assist with the release and filming of water voles into the waterways of Kielder.

Kelly Hollings, Restoring Ratty Project Officer who has been involved with the project since its launch in July 2016 said: “Our Schools Partnership Project has been a great success and for the team, the video is a wonderful end to its first year - it’s well worth a watch and the fuzzy, blurry and bumpy bits all add to its charm!”

The ‘Restoring Ratty’ Project, delivered by Northumberland Wildlife Trust, Forestry Commission and Tyne Rivers Trust is funded by National Lottery players through a grant of £421,000 from the Heritage Lottery Fund (HLF), and run from Kielder Castle.

The film can be viewed on the project’s Restoring Ratty Facebook page and on YouTube at https://youtu.be/uLoJuyc-f4Q.