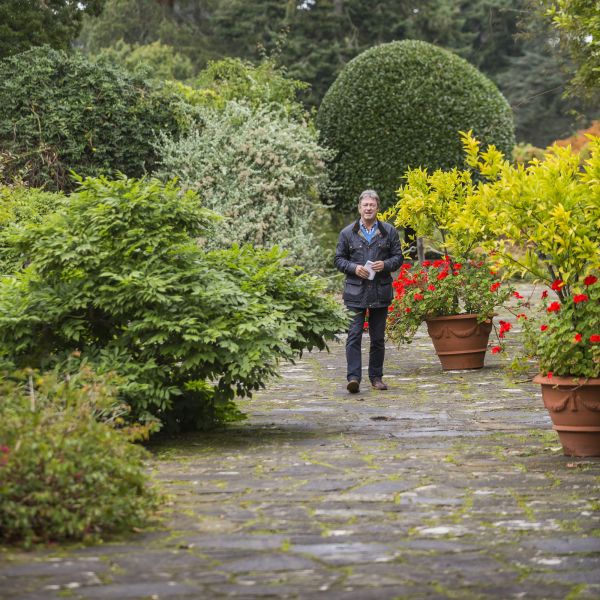 Channel 5’s Secrets of the National Trust is back for a second series, with Alan Titchmarsh and special guests unlocking the secrets at Cragside, near Rothbury.

In Secrets of the National Trust, Alan Titchmarsh uncovers some of the ground-breaking technology of the house, which earned Armstrong the nickname of the ‘Modern Magician’. Watch as Alan and Cragside’s Conservation Manager Andrew Sawyer delve into the past to discover a house that really was ahead of its time.

In the second half of the episode, Miriam O’Reilly tests her head for heights as she scales one of the towering conifers and meets the forestry team, who share their specialist skills and equipment necessary in looking after this unique landscape.

Cragside was the home of Lord William Armstrong, a Victorian industrialist and scientist, and his wife Lady Margaret Armstrong. Together they transformed a modest country retreat on the side of a crag into a Victorian arts and crafts masterpiece, with the help of architect Richard Norman Shaw.

After moving from their home in Jesmond Dene, Cragside became the Armstrong’s permanent residence in the 1860s, and welcomed many honoured guests including the Prince of Wales, Shah of Persia and King of Siam. Visitors flocked to Cragside after hearing about the many ingenious gadgets that filled the home.

Outside, the grounds of Cragside are just as spectacular. The Armstrongs filled the land with North American conifers that are now fully grown and tower over the house. Take a stroll or drive through the woodland and it won’t be long before you come across one of the five man-made lakes, built by Armstrong to harness hydroelectricity for his home. In fact, Cragside became the first house in the world to be lit by hydroelectricity, after successfully installing Joseph Swan’s incandescent lightbulbs in the library in 1880.

The National Trust now looks after 1,000 acres of the Cragside estate, which is filled with trees and shrubs that are over 150 years old.

Cragside features in episode five of Secrets of the National Trust, which airs on Channel 5 on Tuesday 27 March at 8pm.