North East Chilli Fest presents the festival by the sea 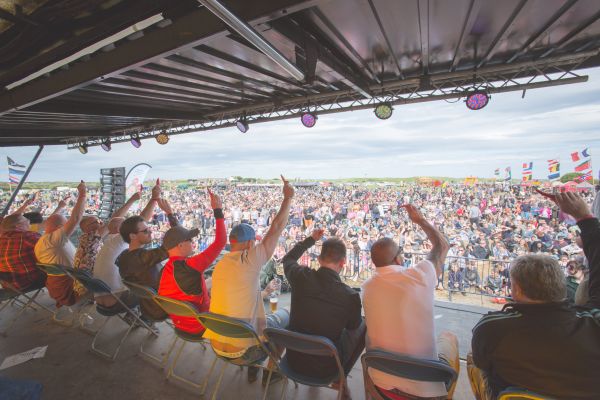 On 13, 14 and 15 July the seventh annual celebration of food, music and entertainment will have a new home and a new theme.

In recognition of its location at Meggies Burn Fields at South Beach in Blyth, the North East Chilli Fest this year presents The Festival by the Sea.

Previous North East Chilli Fests have attracted thousands of people from all over the UK to Northumberland and ticket sales for 2018 are already strong.

“It’s fantastic to bring so many people to the area,” said Mark Deakin, one of the organisers. “There’s no Corbridge Festival this year, so we are working doubly hard to fill the void.”

The first five North East Chilli Fests were held at Seaton Delaval Hall, but – because of its growing size – it moved last summer to a 17 acre site between Seaton Sluice and Blyth, with iconic 80s band Heaven 17 topping the bill.

“The reaction from everybody was great, but we certainly learned a few lessons – and the terrible weather just before the festival made it a really challenging few days for the hard-working team who run the event,” said Mark.

Meggies Burn Fields offers a more compact and better-drained site, a main stage and an enormous marquee - providing virtually continual entertainment over the three days – and ample space for motorhomes, caravans and tents.

“Chilli is still a mainstay – as is all the food and drink provided by our fantastic producers – but what’s different about this event is the mix of food, music, entertainment and comedy,” said Mark who – with his wife Shelley – also run the highly popular Proper Food and Drink Festivals in the North East and last year launched the Great North Feast in South Shields.

The bands and singers already confirmed for The Festival by the Sea include Smoove and Turrell, Colonel Mustard & the Dijon 5, Soulutions, Bloxed Beats, Skapones, Nick Pride and the Pimptones, JustSO, Eliza and – stars of the Doritos television ads – the Mariachis.

The weekend will also feature a traditional highlight of the Chilli Fest - Rob Dumbrell’s infamous Chilli Eating Competition. “It’s certainly not for the feint-hearted,” said Mark.  “It’s a cross between a pantomime and gladiatorial contest with quite a few tears thrown in.”

A range of tickets are available, starting at £5 for adults and up to £30 for a weekend pass and camping. For children there is a Kids’ Zone and admission to the festival is just £3. Further details and tickets can be found at www.chillifest-ne.co.uk/.