Discover the churches of Hadrian’s Wall with ExploreChurches 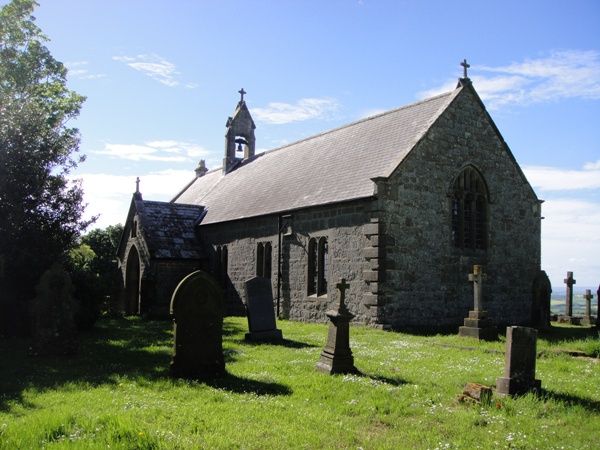 The milecastles, ramparts and forts of Hadrian’s Wall punctuate a dramatic landscape. The earliest Christians in Britain used the stones of the wall to build the earliest churches here, adding another layer of history to this area.

Now visitors and residents around historic Hadrian’s Wall can discover the top churches to visit on ExploreChurches, www.explorechurches.org, the church tourism website run by the National Churches Trust.

12 churches and chapels linked to Hadrian’s Wall across Cumbria and Northumberland are featured on the ExploreChurches website. They include:

•    St Cuthbert’s church, Upper Denton, the oldest building in Cumbria;
•    Brampton Old Church, built from the stones of a Roman fort;
•    Hexham Abbey, Hexham, which has a sandstone memorial to a Roman standard bearer.

Each church listed on ExploreChurches has a dedicated page revealing its fascinating history and amazing architecture. There are details of opening times and directions to make it simple for visitors to plan their trip to the church.

“The churches and chapels of Hadrian’s Wall are some of the oldest churches in the country. The vibrant history of this region means that there is a huge variety of churches, chapels and meeting houses to visit.”

“I am delighted that ExploreChurches is making it easy for people to discover the fascinating churches and chapels of Hadrian’s Wall.”

“We would like to include more churches and chapels across the whole of the UK that are open to visitors on the ExploreChurches website. If a church that you love is not listed, visit the website at www.explorechurches.org to find out how to get involved.”

ExploreChurches is a tourism website that makes it easy to discover beautiful and fascinating churches, developed by the National Churches Trust, the UK’s church buildings support charity.

The ExploreChurches website brings churches to life with high quality photographs and information about the history and architecture of each building. It’s easy to plan a visit as ExploreChurches provides practical information including opening hours, directions and access details.

Visitors can share their favourite churches on the ExploreChurches website via social media and also comment on what they love most about churches they have been to.

The churches of Hadrian’s Wall

For three centuries, Hadrian’s Wall was a vibrant frontier sprawling 73 miles coast to coast. It was built by 15,000 men in under six years. The best evidence for Christian practice dates to the 4th and 5th centuries, with a few church locations and objects found. The Tyne Valley is known for its fine concentration of early churches, many built with stones recycled from the wall: the best surviving churches of this era north of the Alps!

At the western end of Hadrian’s Wall Bowness on Solway, was the location of the Roman fort Maia and guarded the approach from the Solway. The village is built on the site of the fort and Roman stones can be seen in the local buildings, including the Norman church of St Michael. Built atop what may be the granary for the Roman fort in the 12th century, the two original bells were stolen by border raiders in 1626, accidentally dropping them in the Solway during their flight.

Burgh by Sands, St Michael & All Angels – Africans at Aballava

On the site of the 3rd century Roman Fort of Aballava, the church primarily dates from the 12th century, and is built from the stones of Hadrian’s Wall. The fort was home to the first Africans to live in Britain. Writing on a stone discovered in 1934 records that soldiers from north Africa were part of the garrison. King Edward I died nearby and his body lay in state in the church before being taken to London. He was visited by his Heir, the future King Edward II in 1307, when for ten days the church was at the centre of national events.

Beaumont, has an uninterrupted view north to the Solway Firth and Scotland and south to the Lake District fells. It was the site of one the Roman milecastles, a small fort built at an interval of one Roman mile. A Norman motte and bailey castle was then built, before the same site was used for the church. Roman stones from the wall and milecastle were used by the Normans and then reused in the church; look for stones with a criss cross marking.

Just south of Hadrian’s Wall Brampton is a picturesque market town surrounded by a landscape that’s perfect for walking and cycling. Birdoswald Roman Fort is nearby and the town is overlooked by a man made Norman ‘motte’ that offers great views of the area. Brampton Old Church on the banks of the River Irthing is on the site of a Roman fort and partially built from stones recycled from the Roman buildings.

In the peaceful Irthing Valley and close to the route of Hadrian’s Wall, Lanercost is well known for its 12th century Augustine Priory and royal connections. It suffered frequent attacks during the long Anglo Scottish wars, once by Robert Bruce in person. An inscribed Roman centurial stone in the priory's fabric shows that stone to build the original structure came from Hadrian's Wall. This stone is clearly visible, but it was incorporated into the stonework upside down!

At Upper Denton, not far from Gilsland, you'll find a tiny church with a fine Roman arch and Roman stones. This Anglo Saxon church was built in 826 using a lot of Roman stones from Birdoswald Fort. It can probably claim to be the oldest standing building in Cumbria.

Heavenfield, St Oswald – An altar and a cross

On Hadrian's Wall Path lies one of the most important sites in early northern Christianity. St Oswald's is at the site of the Battle of Heavenfield where, in AD 635, King (later Saint) Oswald of Northumbria raised a cross before defeating King Cadwallon ap Cadfon of Gwynedd. St Oswald's stands in a churchyard set in the middle of a field, entered by gates which should be shut after passing through them. It contains a Roman altar reused as a cross base.

There has been a church on this site for over 1300 years. Its greatest treasure of all is the Anglo Saxon crypt. A steep stone stair descending from the nave takes you down into rooms and passages left intact from St Wilfrid's original church. But, the Abbey also has a sandstone memorial to a Roman standard bearer called Flavinus. Dating from the 1st century, this stone is a reminder of the Roman domination of this part of England, centuries before Wilfrid arrived.

Corbridge was once a Roman garrison town called Corstopitum, not far from Hadrian’s Wall, and the first church was probably built around 774 using ruins from the nearby camp. The walls are filled with its stones, and the church still contains an intact Roman archway at the base of its Saxon tower, which dates from the 8th century.

The church dates from c1100. It has splendid Roman columns on the south side and pillars on the north side, removed from either the Corbridge or Chesters Roman sites. Woodwork also dates from the Jacobean period and a number of Roman artefacts are built into the walls. A Roman altar is housed in the back of the church. We hope they do not ever want them back!

A little church with a long name. It is probable that this is an Anglo Saxon church. The walls are made of reused Roman stones, we are only a mile or so south of the wall. Outside the church there is a Roman altar, which probably came originally from the nearby Hadrian's Wall fort of Onnvm. Close to the west wall of the church is the topiary yew 'pig'.

Heddon has the first long stretch of Hadrian's Wall west of Newcastle. The church was consecrated in 630 and still retains many Saxon and later Norman elements. Nikolaus Pevsner called it 'a church of considerable archaeological fascination'. There are two decorative capitals which were possibly recovered from a disused Roman building. 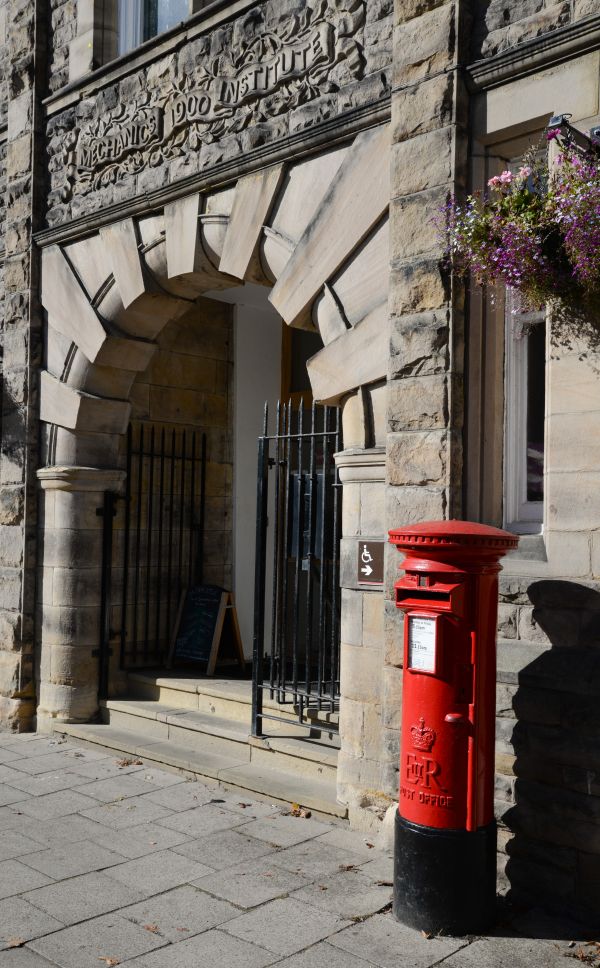 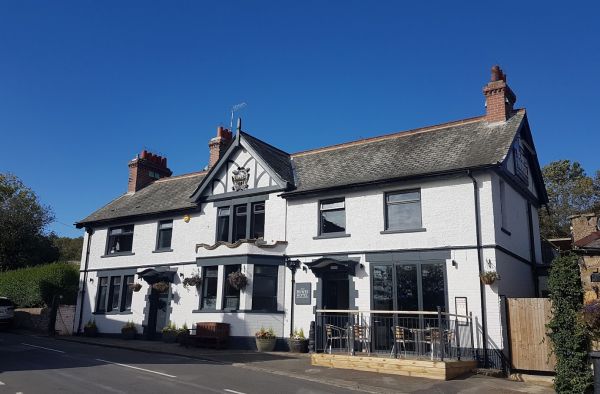 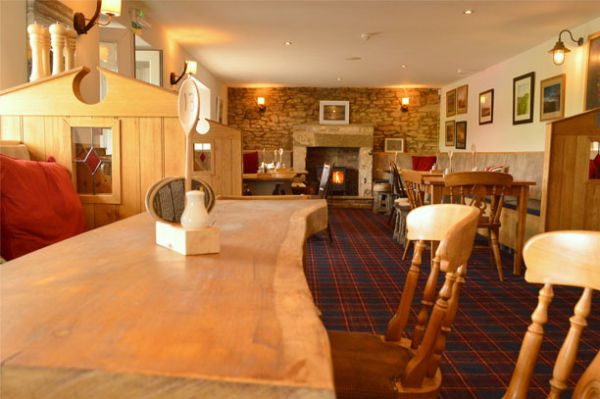 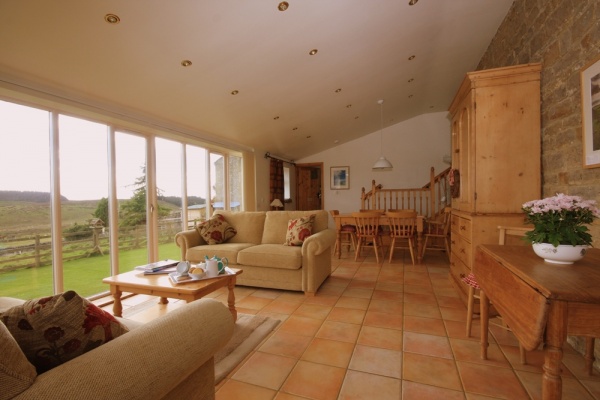 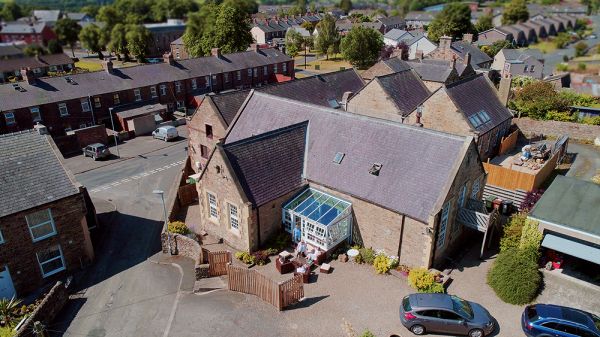