Accenture Mixed Team Challenge to get people out of the office and into triathlon. 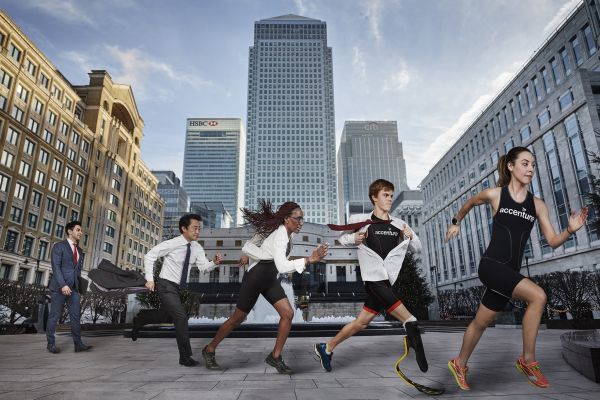 British Triathlon and official partner Accenture have teamed up to launch an exciting new team event series for the 2018 season; the Accenture Mixed Team Challenge. The new mass participation triathlon format, which will take place across seven locations nationwide, demonstrates Accenture and British Triathlon’s commitment to champion involvement in the sport.

The Accenture Mixed Team Challenge is open to all ages and abilities, inspiring people to get out of the office and into their kit. Participants must take part as a mixed gender team in one of two categories, forming either a Relay team or a Tribe. Those wanting to share the triathlon experience can team up with two friends as part of a Relay, with each participant completing either the swim, cycle or run, whilst the Tribe option is on offer for those seeking an even greater challenge. A Tribe is formed by three participants, each completing an entire triathlon from the klaxon all the way to the finish line. All three finish times will be accumulated, with the quickest team being crowned the winning Tribe.

The idea was devised to build upon the excitement of the Mixed Relay triathlon discipline being added to the Tokyo 2020 Olympic roster, in which men and women will compete alongside each other on a quest to collect the very first Olympic gold medal of its kind.

The Accenture Mixed Team Challenge holds true to the principals of mixed relay, providing people with the opportunity to take part in an inclusive, mixed gender and fun team activity. The event series has teamwork at its heart and offers the opportunity for both beginner and seasoned triathletes to team up and compete for top prizes.

After a month’s rest, the Accenture Mixed Team Challenge will be hosted by the Salford Triathlon on Sunday 29 July, before it ventures south to become part of the AJ Bell London Triathlon, the UK’s largest triathlon event on the first Saturday in August. Glasgow, the most northerly stop on the nationwide journey, will host the Challenge during the same month.

Come September, the series is set to reach its dramatic finale at an iconic London venue on Wednesday 5 September. Here, participants will have a rare opportunity to take on the elite mixed relay racing format, where quartets will go head-to-head; each member completing a mini triathlon before tagging their teammate to do the same in the ultimate battle of the teams.

All events are standalone, with the top mixed gender Relay team and Tribe at each race venue being awarded prizes. As an added incentive, any team, whether that be relay or tribe, taking part at any event across the series will be entered into a draw for each team member to win a state of the art racing bike to help them during their triathlon journey.

Emma McGuigan, Senior Managing Director at Accenture, said: “We are proud to be a part of the creation of the Accenture Mixed Team Challenge, offering seven exciting opportunities to get into a fantastic sport that promotes our values of gender equality and diversity. Whether it be in a Relay team or Tribe, there are opportunities for participation regardless of what stage you are at in your triathlon journey. We hope to welcome both budding and experienced triathletes to team up and enjoy the Accenture Mixed Team Challenge, because nothing beats working together.”

Andy Salmon, British Triathlon CEO, said: “Triathlon mixed relay is all about teamwork and camaraderie – characteristics British Triathlon are keen to inject into the sport to create even more opportunities for people to get involved. We are excited to see how the Accenture Mixed Team Challenge develops alongside some of the country’s top triathlon events.”

To find out more about the Accenture Mixed Team Challenge and the prizes on offer, plus how to enter your Relay team or Tribe, please visit www.britishtriathlon.org/accenturemtc