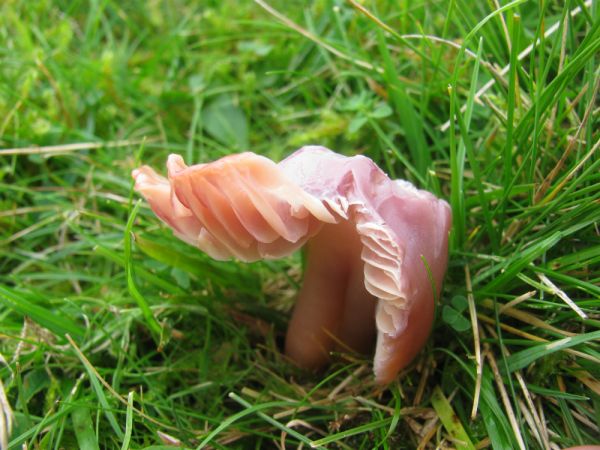 Northumberland National Park has been propelled into the mycological spotlight following the discovery of a rare and elusive species of fungi at a site in the Coquet Valley.
National Park ranger, Shaun Hackett, came across what he suspected was the newly-classified Jubilee waxcap (Gliophorus reginae) while carrying out the Park’s annual waxcap grassland survey.
Recognising the significance of the find, Shaun sent a sample to fungi experts, known as mycologists, based at London’s Royal Botanic Gardens, Kew, who have been closely monitoring the waxcaps’ whereabouts through its ‘Lost and Found Fungi Project’.
Mycology is the branch of biology concerned with the study of fungi, including their genetic and biochemical properties and their use to humans in food and medicine.
The five-year project, managed by Kew in partnership with the Esmée Fairbairn Foundation, aims to conduct targeted surveys focusing on rarely recorded fungi, to try and determine whether these ‘lost’ species are genuinely rare, or just under-reported.
After a 10-month wait, DNA testing has now confirmed that the species Shaun found was a Jubilee waxcap, making the discovery the most northerly sighting of the mysterious mushroom in the UK.
“It’s incredibly exciting to finally have my suspicions confirmed,” said Shaun.
“Through an ecologist friend of mine, Liz Holden, I sent the sample to the team at Kew’s Lost and Found Project for identification.
“Having never physically seen a Jubilee waxcap before, I only recognised it by its distinct colouring from the photographs I’d seen.
“Advances in DNA testing has seen the number of known species of waxcap nearly double in recent years, some of which are recognised by the International Union for Conservation of Nature (IUCN) as being ‘vulnerable to extinction’.
“It’s amazing to think that we have a haven for these rare species of fungi on our doorstep right here in Northumberland.”
Distinguishable from regular mushrooms and toadstools by their jewel-bright colours and unique waxy tops, waxcaps are fungi of unimproved grassland that is often rich in moss and grazed by cattle and sheep.
Recognisable by its royal purple fruit body, the Jubilee waxcap was new to science in 2013. Named in commemoration of the Queen’s Diamond Jubilee, the Jubilee is one of 33 varieties of waxcap to be found at grassland sites across Northumberland National Park, a ‘hotspot’ of which is located along the Hadrian’s Wall corridor where 32 of these species can be found.
Indicative of an ancient landscape that has had little ploughing or fertilizer added, true waxcap grasslands are becoming increasingly rare. A site containing up to 12 species of waxcap is regarded by mycologists as nationally important, however, the rich variation of species found along Hadrian’s Wall has seen the area classified as a site of international importance and one of the best examples of waxcap grassland habitat in Western Europe.

“It’s very exciting to see the Jubilee waxcap turn up in Northumberland. Our knowledge of its distribution and population size is at a very early stage because it was only described in 2013, so every record is important for assessing its true rarity and conservation needs.

“It’s amazing to think that such a distinctively coloured waxcap could have been overlooked for so long, and it’s brilliant to see that it is being found now that people know what to look for. We’d encourage anyone who sees purplish waxcaps with stout white, pink or yellow stems, to get in touch with Shaun, in case they might be the Jubilee waxcap.”

Andrew Miller, head of programmes and conservation at Northumberland National Park Authority, said:
“Following surveys coordinated by Northumberland National Park Authority, we now know that the upland areas of Northumberland are internationally important for their colourful array of waxcaps.
“The geology of our upland landscape and its soils have dictated the kind of farming possible, with extensive grazing by cattle and sheep the dominant land use for hundreds of years. This type of high nature value farming and the organic, low nutrient soil composition provides the ideal growing conditions for waxcap fungi.
“The discovery of waxcaps at sites like Hadrian’s Wall and the Coquet Valley brings a new sense of importance to the conservation of these areas and it is vital that we continue to work together with farmers to help protect grassland sites in order for Northumberland National Park to continue to be recognised as a global hotspot for these rare and elusive fungi.”
Although highly weather dependent and notoriously ephemeral, waxcaps are generally ‘in-season’ between September and November.

Northumberland National Park Authority is keen for visitors to the Park to report any sightings of waxcaps, both common or unusual, as part of its wonderful waxcaps survey.

Please send your waxcap photos along with details of where you saw them within the National Park to shaun.hackett@nnpa.org.uk and Park ecologists will try to identify them for you.
To find out more about waxcaps, visit www.nnpa.org.uk/things-to-do/enjoy-nature/wildlife/fungi. 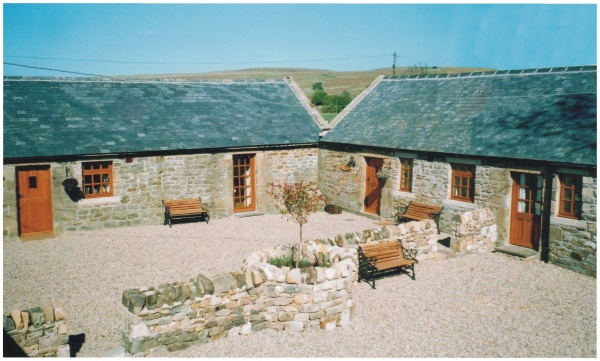