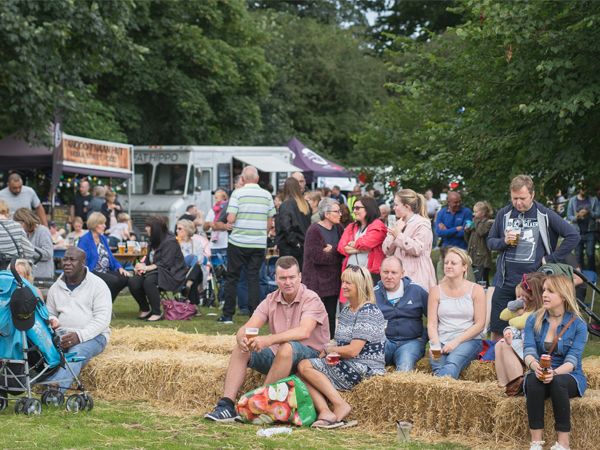 The Proper Food and Drink Festival, which this summer has attracted thousands of visitors to locations across the North East, comes to Blyth for the first time later this month.

The festival is taking place in Ridley Park and will feature some of the best local producers, as well as bars and entertainment and also scrumptious street food to appeal to all kinds of tastes. It will be open from 10am until 5pm on Saturday and Sunday (12 and 13 August) and entrance is free.

“Ridley Park is such a lovely place and we are delighted to bring our festival here,” said Mark Deakin who, with his wife Shelley, organise the events.

Proper Food and Festivals started in 2012 and have grown in number and popularity. This summer, events have already been held in North Shields, South Shields, Whitley Bay and Cramlington.

“Thousands of people came to Cramlington, which was great to see.  It’s made a big impact in the town already – and this was only the second time we’ve been there,” said Mark.  “We’re confident that Blyth will also be so well-supported and its first festival will be the start of many more to come.”

The Proper Food and Drink Festivals are aimed at both foodies and families who just want a good day out, enjoying the music, food and drink and discovering some of the produce lovingly hand-made by the exhibitors.  For them, the festivals have become an invaluable showcase to sell and promote their work which has influences from all over the world.
Visitors to the Blyth Proper Food and Drink Festival will be able to enjoy, for example, Japanese food from Tokyo Kitchen, burritos from the Zapatista Burrito Bar, spicy sauces made by Screaming Chimp Chilli Sauces, and – closer to home – sausages made by the Northumberland Sausage Company.

“Many of the producers come to all the festivals, which shows the benefit to them and also helps create a real family feel over the weekend,” said Shelley Deakin.

As well as final preparations for Gateshead and Blyth Proper Food Festivals, the Deakins are also busy with their final event of the summer – The Great North Feast.  It takes place over the August Bank Holiday weekend (25-28 August) at Bents Park in South Shields and is free to enter and will feature a number of food-related challenges.

The Great North Feast will also play host to the regional final of the 2017 UK Chilli Cook-Off Championship. The top three from South Shields will then compete in September’s Grand Final against the successful chefs from seven other Cook-Offs taking place around the country.  As well as having the chance of lifting the UK title, the winner of the Great North Feast will also be entered into the world final in the United States, where prize money of $35,000 is on offer.