Final line up confirmed for the summer's hottest event 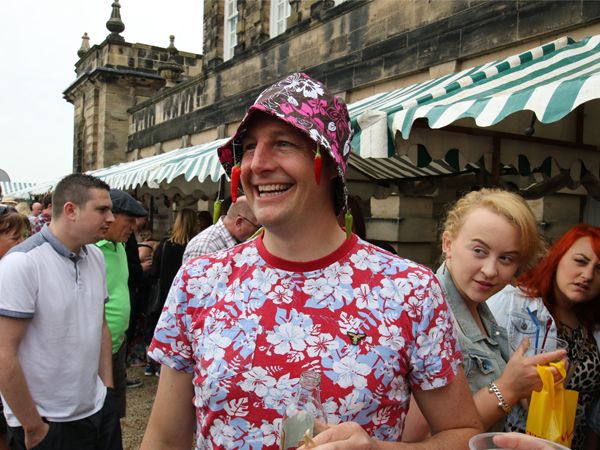 The final line up has been confirmed for one of the hottest events of the North East summer, happening this weekend.

Dozens of musical, comedy and entertainment acts will take to the stages at the North East Chilli Fest which, in its sixth year, is set to be bigger and better than ever.

Topping the bill on Friday night (30 June) are 80s icons Heaven 17. North East favourites Smoove and Turrell are one of eight acts appearing on the main stage throughout Saturday, and the Baghdaddies bring down the curtain on Sunday.

Elsewhere at the festival’s new home – a 27 acre site between Seaton Sluice and Blyth’s South Beach – there are tents devoted to comedy, dance, cabaret acts and children’s entertainment.  There is also an alternative tent, hosted by Pam Marshall from the Arch 16 café in Gateshead. “I can’t wait,” she said. “I’ve been to previous Chilli Fests and thought the atmosphere was fantastic.”

Pam opened Arch 16 – located under the railway arches at the end of The High Level Bridge – in 2013. After nearly a quarter of a century serving in the RAF and travelling the world, often on her own, she wanted to create a venue which really welcomed and entertained its visitors.  The result is a café, venue and exhibition space which highlights and promotes cultural diversity through art, music and food. It will bring that ethos to the North East Chilli Fest.

The Arch 16 alternative tent will feature everything from 1970s disco funk, New York soul, hip hop and poetry.  “Arch 16’s capacity is about 40,” said Pam, “So it will be great to see all these fantastic performers in front of a crowds of 500 people.”

On Saturday, outside the alternative tent, well-known Newcastle graffiti artist Dan McConway and his fellow artists will be painting live.  “It’s great what Pam’s being doing through Arch 16. We really want to support somebody like her who’s doing so much to promote creativity,” he said.

The North East Chilli Fest, now in its sixth year, is run by Mark and Shelley Deakin. “We had five fantastic years in the grounds of Seaton Delaval Hall, but we needed more space for the stages, marquees, stalls and our camping area,” said Shelley.

“We’ve tried to provide something for everybody,” said Mark. “This began life as a Chilli festival, but it’s become so much more than that as the music and entertainment aspect has grown and grown.”

Hundreds of festival-goers are expected to stay on the site all weekend.  A range of flexible tickets are still available, with options ranging from as little as £5 to £30.  Tickets for children cost £3.

There will be a producers’ market featuring some of the UK’s top chilli producers selling chilli inspired food and drink and – for those with a more sensitive palate – tasty delights provided by the very best artisan producers. A Street Food Zone and numerous bars will help keep people going over the three days.

“And there will be a chilli eating competition on Friday and Saturday, which will not be for the feint-hearted,” said Mark.  “This is the North East Chilli Fest after all.”