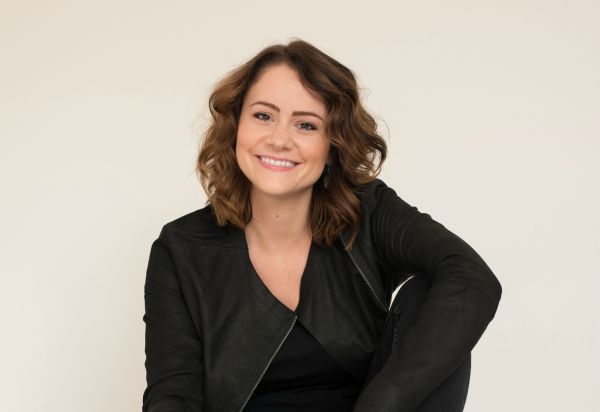 Bestselling author LJ Ross' latest DCI Ryan thriller High Force has shot into the Amazon book charts, even though it hasn't even been published yet.

High Force is the eagerly awaited fifth novel in the DCI Ryan crime series, which follows the brooding detective as he hunts serial killers across the landscape of LJ's childhood - Northumberland, Tyneside and Durham.

This time round, notorious killer The Hacker has escaped prison and kidnapped one of DCI Ryan's best detectives from her own home. Ryan has already lost his sister and nearly his own life bringing the twisted murderer to justice the first time around. A national manhunt is under way but the trail has gone cold. Ryan and his team must find The Hacker before he takes another life.

The fifth book has been so well received that it has shot into the top ten of the Amazon ebook charts, going in at number #2, with fans purchasing it on pre-release even before it comes out on January 31.

That means LJ, who published her first book, Holy Island, two years ago, knocking The Girl on the Train off the top of the charts, has now sold close to a staggering 750,000 books – more than 1,000 every day. All five of LJ's books are currently in Amazon's top 100 ebook charts. She is the only author to have her whole catalogue in the top 100 and was the only author during 2016 to have all four of her books in the top 100 for the year as a whole.

LJ, 31, who is from Ponteland and now lives in Bath with her husband James and their three-year-old son Ethan, said: “I had to pinch myself when High Force shot up the charts within just a few hours of going on pre-release. I just can't thank my readers enough for their support over the past two years.

“To think that two years ago, I was sitting at home, pushing the button to publish my first book, and now I've sold 750,000 copies of five novels is amazing.”

Regulatory lawyer turned author LJ turned down a traditional publishing deal to self publish, giving up a lucrative career in the City to write. It was a huge gamble, but one which has paid off both for her LJ and her growing fanbase.

She published her debut novel, Holy Island in January 2015. That knocked Paula Hawkins' The Girl on the Train off the top of the Amazon charts. LJ has gone on to write and publish Sycamore Gap, Heavenfield, Angel, and now, High Force. While her earlier books have been set in the Northumberland landscape of her childhood, the action has moved slightly further south in High Force, which takes its title from one of England's most breathtaking waterfalls, in the Durham Dales.

Louise, who writes under the name LJ as a thank you to her husband James for his unstinting support as she gave up a well-paid career to follow her dream, said: “My dad actually suggested High Force as a setting. We'd visited the waterfall when I was a child and, when I went back, it was impossible not to be inspired by the sheer force and majesty of the water.

“Self publishing and social media have completely transformed the pace of writing, compared to going down a traditional route. As soon as readers finish once book, they're asking when the next one is going to be out. It's fantastic to be able to interact with readers directly, but it also does pile on the pressure. So I'm thrilled to be able to release High Force at the end of this month and delighted that the reaction from readers has already been so positive.”

High Force is already out on pre-release through Amazon, and will be available to read from January 31.