A collaboration between heritage railways

The long term lease will enable the P.Q.R. to initially show the coaches at their ‘Evolution of Quarry Transport’ event on the 25th & 26th June after which they will be completely overhauled ready to carry passengers on this wonderful demonstration railway.

‘These coaches, originally entered into service here in 1986, are a very important part of our history and the decision to lease them was only made because we know they will have a new life with the PQR and be very well looked after. We are delighted to be collaborating with such a fantastic organisation as the PQR and look forward to seeing the coaches carrying passengers there’.

‘The coaches are an invaluable addition to the PQR and the railway's future plans. They will provide a key role in future open days if the weather is wet, as we currently lack roofed carriages. The two carriages from the South Tynedale Railway will eventually become part of our service train on our proposed extension to the quarry (phase2).

'I was delighted that our two railways could work together to assist each other in our current and future plans. We look forward to the completion of the STR’s extension and other exciting developments.' 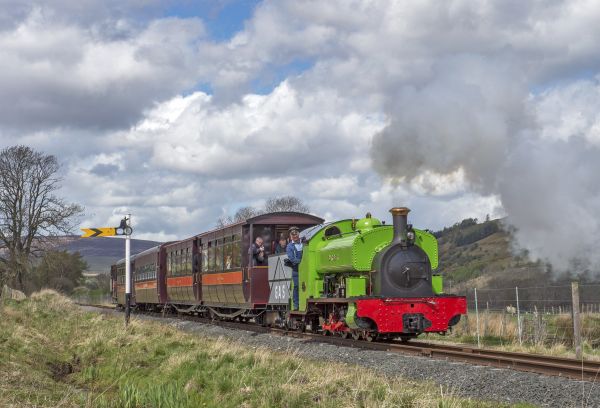 Ride on the North of England’s highest narrow gauge railway winding from Alston through the picturesque South Tyne Valley.

We have a Discovery Centre, Engineering Workshop viewing gallery, gift shop and the Crossing Cafe serving freshly made food.

For timetables and news of special events visit www.south-tynedale-railway.org.uk