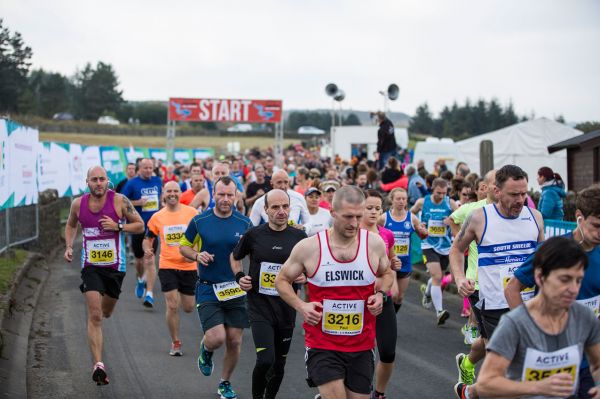 One of the North East’s most popular sporting events has opened for entries early for 2016.

The Kielder Marathon weekend of races will take place on Saturday 1 and Sunday 2 October and the public can take advantage of a special discount between now and the end of the year.

About to enter its seventh year, the Kielder Marathon weekend has developed into one of the UK’s best loved running events, with thousands of competitors making the annual pilgrimage to Kielder Water & Forest Park for the marathon, half marathon, 10K, Run-Bike-Run and junior races.

The Kielder Marathon weekend is organised by Events of the North, in partnership with Active Northumberland.

Demand for places on the Kielder Marathon events has increased year on year and the 2015 races sold out, despite the addition of a half marathon to the programme.

Around 3,000 people participated in the events this year, which were again hosted by and supported by Northumbrian Water.

Along with the other races, ‘Britain’s most beautiful marathon’ now attracts runners from the North East, the rest of the UK and around the world. Among the participants were three athletes from the USA and TV news presenter Sophie Raworth.

The event has a new website at www.kieldermarathon.com, which is open for entries now. ‘Early bird’ discounts are available in all of the senior events, until midnight on 31 December (full details below).

Event founder and director Steve Cram comments: “The Kielder Marathon weekend has grown into a fantastic success story. We have seen each event grow steadily and every time we have added a race, people have responded really enthusiastically. The half marathon proved to be very popular this year and I’m sure that it will grow in 2016.

“We’re really fortunate to be able to put on such a strong programme of races in this beautiful location and that’s only possible thanks to the support of Active Northumberland and Northumbrian Water. Because the events sold out this year, we have decided to open up entries a little earlier than in the past for the 2016 races, which also means that people have a bit more time to take advantage of the early bird discounts.”