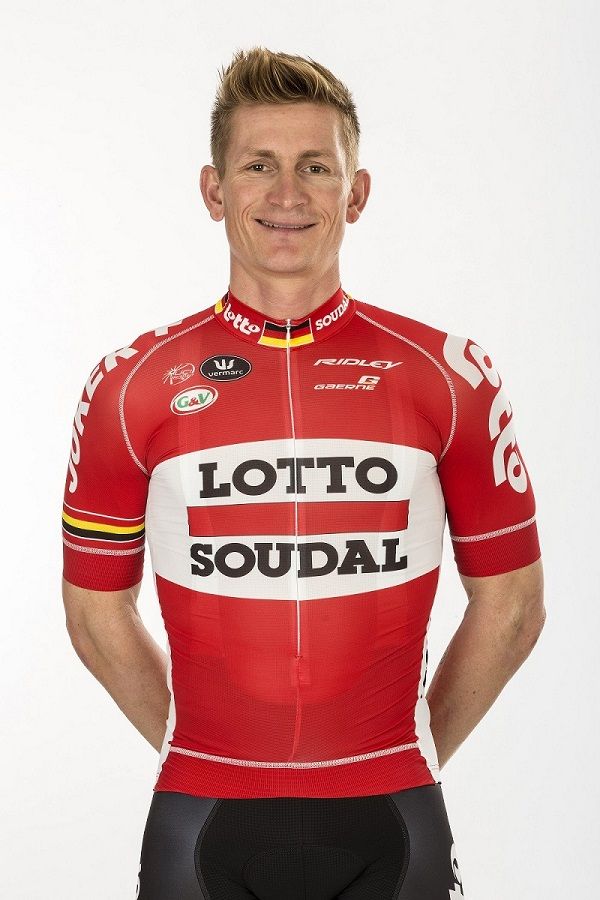 Andre Greipel is the latest star name to confirm he will return to the Aviva Tour of Britain this September, leading the Belgian UCI World Team Lotto Soudal in Britain's premier stage race.

The sprinter, who won four stages of this Summer's Tour de France, last raced at the Aviva Tour of Britain in 2010 when he took a hat trick of stage victories.

The 33-year-old German won the opening and closing stages of the race in Blackpool and London respectively, as well as a mid-race stage to Great Yarmouth in Norfolk.

"This is great news for British fans who can look forward to seeing Andre Griepel battling it out in the sprints at the Aviva Tour of Britain,” said Race Director Mick Bennett.

"We fondly recall Andre's previous participation in the race, and are delighted that he, and the Lotto Soudal team are returning to race in Britain. With three or four stages of this year's race likely to be bunch sprints, there is sure to be stiff competition for stage wins that we are sure will make for great racing.”

Greipel is a ten time Tour de France stage winner who has also won stages in both of the other Grand Tours, with four wins in the Vuelta a Espana and three stage wins in the Giro d'Italia, his most recent this May.

He will head to the Aviva Tour of Britain having recently won a stage and the Points Classification of the Eneco Tour, as well as the Vattenfall Cyclassics at the weekend.

Greipel will be joined by compatriot Marcel Sieberg in the Lotto Soudal provisional line-up plus 2013 European Under-23 Road Race Champion Sean De Bie and fellow Belgians Jens Debusschere, a stage winner in Tirreno Adriatico this Spring, and Frederik Frison, as well as Dutchman Pim Ligthart, who recently won the King of the Mountains jersey at the Tour of Denmark.

The Aviva Tour of Britain is British Cycling's premier road cycling event giving cycling fans the opportunity to see the world's best teams and riders competing on their door step.