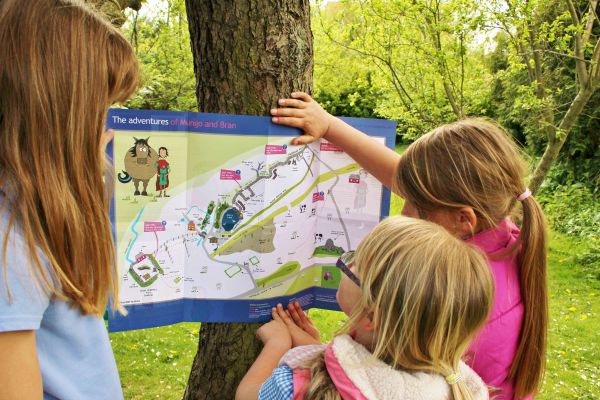 Holidaying and day trips in the Northumberland National Park will be packed with fun come rain or shine this year, following the launch of two brand new story walks written by talented former teacher, walker and writer, Anja Phoenix, from Tale Trails.

Exploits such as skirmishes with the Saxons, robbing gold from the Romans, catapulting into a Roman milecastle and exploring ancient hill forts will be filling young minds come bedtime, whether they hit the pillow of a hotel, self-catering cottage or B&B, or snuggle up under the duvet at home.

Both have been partly funded by Northumberland National Park, to encourage more families to explore the wonders and heritage assets of the Park, using imagination and the heightened awareness a Tale Trail brings.

These laminated story walks are just the job for families – or young-at-heart adults - wanting to have fun in the great outdoors, while learning in an al fresco kind of way. Tale Trails feature a story on one side and a beautifully illustrated map on the other, but also have call-out boxes offering hints as to what to interact with en route.

With the Cawfields, 5km figure-of-eight Tale Trail, this includes spotting holes in the stones where gateposts once stood and looking out for Atlas Lichen on the Wall. There is also chance to visit the last remaining altar stone situated on Hadrian’s Wall.

The Yeavering Bell Hill Fort 4 km Trail, on the other hand, invites families to visit a large Iron Age hill fort, the site of an Anglo-Saxon palace and a Bronze Age burial cairn. The hill fort on top of Yeavering Bell is a truly amazing place with fantastic far-reaching views to thrill all the family, while this trail really does offer the walker a fantastic window into the past lives of our island ancestors.

The same irresistible characters – Mungo and Bran – feature in both stories. Bran, is a Celtic boy living near the Great Chesters Fort and Mungo is his adorable fell pony and faithful four-legged friend.  Their exploits will teach children a whole heap of facts about Roman, Celt and Saxon history, without them even realising it!

The two new Northumberland Tale Trails now sit alongside another eight already available in Cumbria, with another three on the way this year, so don’t despair if you are over the Cumbrian border … there will be a Tale Trail for you. 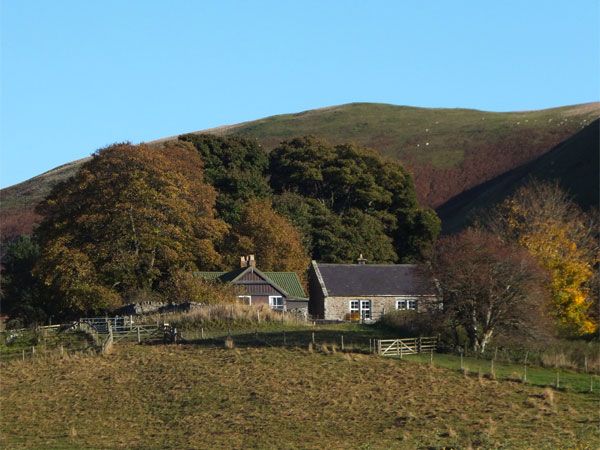