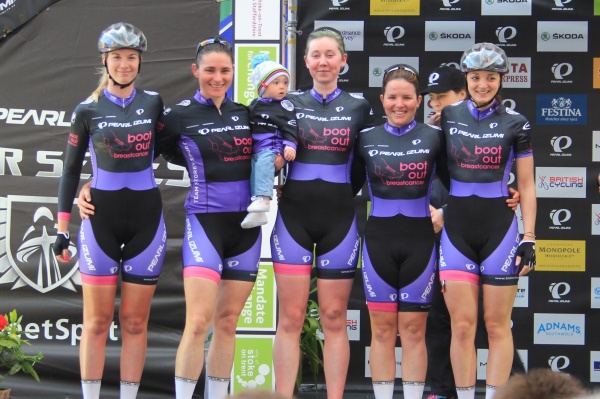 Storey won the inaugural Curlew Cup in 2012 before going on to dominate at London’s Paralympic Games, securing four gold medals and a world record for her performance in the C5 Women’s 3000m Individual Pursuit.

According to Team Storey Sport, Storey’s win in the event’s first year cemented her lead in the series, with the rest of the team touted to follow in the footsteps of the inspirational Dame.

On this year’s event, Storey, who is set to compete in support of UK charity Boot Out Breast Cancer, said: “Women’s cycling is riding high on the agenda this summer and I’m excited to be returning to the North East this summer to compete in the Curlew Cup.

“The routes take in some of the UK’s loveliest scenery and the locals are always incredibly friendly and supportive to all the professionals taking part – hopefully the crowds will be out in full force to spur me on to another victory in the race.”

One of the UK’s most respected cycling events, the Virgin Money Cyclone festival plays host to the Curlew Cup as part of the Women’s National Road Race Series on Sunday June 22. The elite women’s event takes place ahead of the UCI Beaumont Trophy and shares much of the same route as the international men’s event.

Now in its eighth year, the Virgin Money Cyclone attracts over 4,000 riders, from Elite level professionals and serious cycling enthusiasts to individuals and groups looking to undertake their first sportive or enjoy a leisure ride. Charity supporters will find the event a fitting platform to raise awareness and funds for the organisation of their choice.