Waterside Park To Compete With Cream Of Tourism Crop 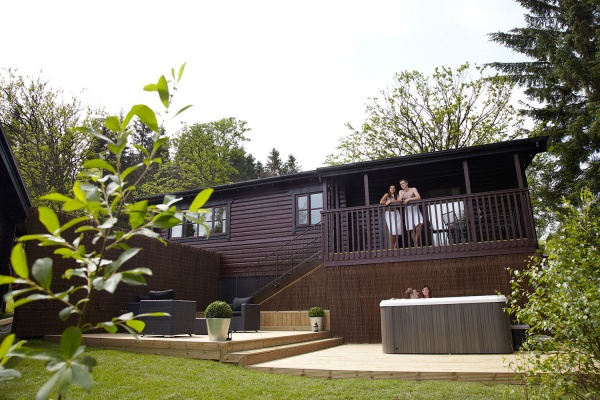 Relaxing in style in one of the newly refurbished lodges at Leaplish Waterside Park.

Northumbrian Water’s Leaplish Waterside Park has been named as a finalist in the prestigious VisitEngland Awards for Excellence 2014.

The lodges and caravan park at Kielder Water, Northumberland is set to go head to head with top tourism destinations nationally, at a glittering awards ceremony held at Cheltenham Racecourse on Monday 12 May 2014.

The holiday destination has been recognised in the Holiday Park of the Year category, meaning it is guaranteed to receive Gold, Silver, Bronze or Highly Commended.

Leaplish was awarded Gold in its category at the North East England Tourism Awards in November last year and in addition has been selected to represent the North East at the upcoming national awards.

This award continues the roll of honour for the whole destination, Kielder Water & Forest Park, which scooped Gold in the Tourism Experience of the Year category at the VisitEngland Awards for Excellence 2013.

Maxine Mayhew, Commercial Director at Northumbrian Water, said: “Leaplish has gone from strength to strength in the last few years, and to be ranked among the best holiday parks that England has to offer is a fantastic achievement.

“Everyone involved has worked really hard to come this far and we are very proud to fly the tourism flag for the North East.”

James Berresford, Chief Executive of VisitEngland, said: “I would like to congratulate all those nominated as finalists for this year’s VisitEngland Awards for Excellence.

“We receive hundreds of applications each year of an extremely high standard, so it is a tremendous achievement for Northumbrian Water’s Leaplish Waterside Park to become a finalist and to represent the top five in their category in England.  I wish all the finalists the very best of luck for the Awards Ceremony in May”

The shoreline of the largest man-made lake in northern Europe is the spectacular setting for 32 luxury Scandinavian lodges and 99 touring pitches, each one boasting a panoramic view stretching over the vast lake and forest.

Since the build of the giant Kielder reservoir over thirty years ago, Northumbrian Water has led the development of Kielder Water & Forest Park as a tourist destination and in the last year, overnight stays at Leaplish Waterside Park have increased from 72% to 80%.

The lodges at Leaplish have recently been renovated to five star standard and offer a stargazing heaven, located within Northumberland International Dark Sky Park - the largest Dark Sky Park in Europe.