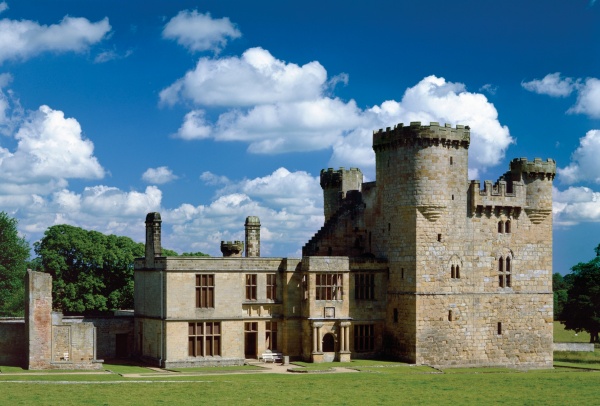 The scene in Pride & Prejudice when Mr Darcy emerges from a lake dripping wet in a see-through shirt has been named the most memorable moment in British TV drama.

Visitors to Belsay Hall, Castle & Gardens can re-live the joy they experienced whilst watching this scene by coming face-to-face with the famous white shirt that Colin Firth wore in this scene. Jane Austen film and TV costumes are on display at the 17th century, Greek revival mansion until the 26 August 2013 in a display called ‘Costumes from Austen’.

Lynn Rylance, North East Area Manager for English Heritage said: “We’ve had a tremendous response to Belsay’s latest display. Since we launched in May almost 13,000 people have admired Fitzwilliam Darcy’s shirt amongst many other fabulous outfits.” The northern branch of the Jane Austen Society has also given the display a stamp of approval. Marilyn Joice, Chairman for the society’s northern branch said: “The costumes are displayed to very real advantage – well grouped; well chosen; and you could get close enough to see the workmanship. English Heritage has really done justice to the costumes and the dramatizations, as one would expect, but also to the novels with some well-chosen quotes and explanations.”

A whole host of events are planned throughout the summer to mark the 200th anniversary of Pride & Prejudice and to celebration Jane Austen.

Costumes from Austen is at Belsay Hall, Castle & Gardens until 26 August 2013.

For more information about Belsay, the events or admission prices, please visit www.english-heritage.org.uk/Belsay or call 01661 881636.