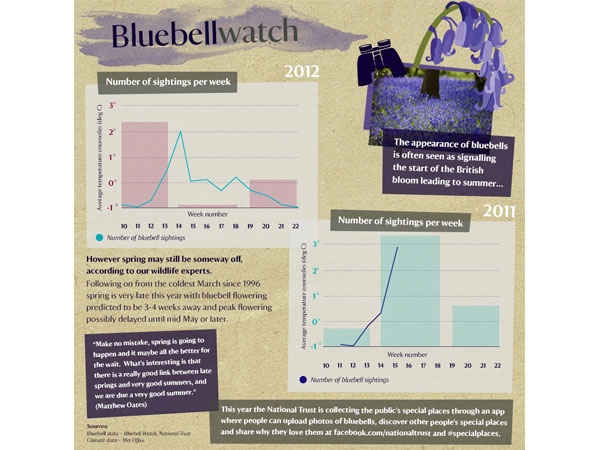 Spring may still be someway off, according to wildlife experts from the National Trust, with bluebell flowering predicted to be 3-4 weeks away and peak flowering possibly delayed until mid May or later.

Some Bluebell ‘stands’ or carpets are decades or even centuries old and their appearance is often seen as signalling the start of the British bloom leading to summer.

However following the coldest March since 1996 [1] growth of the flower stalks has been slower than usual.

Matthew Oates, a Naturalist for the National Trust, commented: “The bluebell starts growing in January with its sole purpose to flower before the other woodland plants. However, timing of flowering depends on elevation, latitude, aspect, soils, geology and local climate conditions.

“The true beauty of our bluebells - the colour, the scent, the view - makes them an essential and special element to our springtime experience.”

“Make no mistake, spring is going to happen and it maybe all the better for the wait. What’s interesting is that there is a really good link between late springs and very good summers, and we are due – overdue – a very good summer.”

Normally bluebells peak in a wave effect across the country, starting in the south west fanning out across the UK. But cold and challenging springs can make them become more patchy and dependent on their location.

These plants, protected by law in the UK, depend on warm ground temperatures to help them grow and are normally, but not exclusively, found in old woodland, thick old hedges, bracken-covered hillsides and sea cliffs.

The National Trust is one of the most important organisations in the UK for bluebells as a quarter of the Trust's woodland is ancient or semi-natural; the ideal habitats for bluebells to flourish.

Half of the world's population of bluebell, Hyacinthoides non-scripta can be found in the UK. British bluebells are currently at risk of disappearing as a result of being out-competed by other plants such as wild garlic or three-cornered leek, and hybridising with the scentless and paler non-native Spanish bluebell which were often planted in gardens.

“The problem with hybridisation is that so many plants are introduced into gardens and then either escape or behave like thugs.

“Surplus plants, pruning’s and weeding’s are often dumped in or near woodland, where the process of hybridisation tends to start pretty rapidly.”

This year the National Trust is collecting the public’s special places through an app where people can upload photos of bluebells, discover other people’s special places and share why they love them at www.facebook.com/nationaltrust and #specialplaces.

On the weekend of 20-21 April, families across the UK will also have the opportunity to explore some of Britain’s best bluebell woods through the National Trust’s free weekend 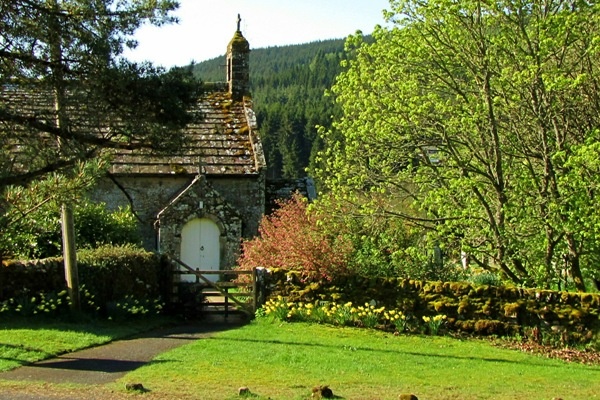 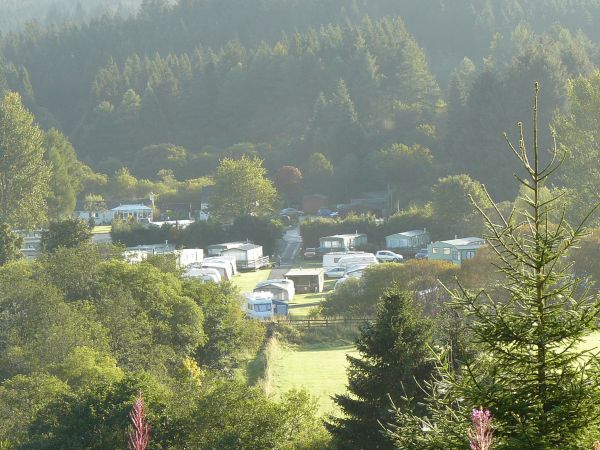